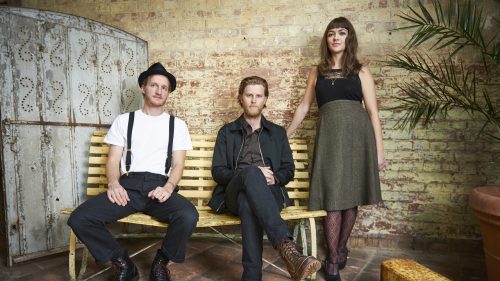 Many musicians cover Bob Dylan songs, but few pick “Subterranean Homesick Blues.” It’s easy to see why. The song has one chord, very little melody, and a whole lot of dense lyrics (even by Dylan standards). As a result, most of the few covers out there tend to be a slog.

So all credit due to The Lumineers and Andrew Bird, who manage to make it their own on a new cover for Ken Burns’ Vietnam documentary. The “Ho Hey” bass drum propels the track forward and Bird’s violin breaks give the tune a slight Middle Eastern feel.

“There’s a visceral quality to ‘Subterranean Homesick Blues’ that, even today, you start playing this and it’s this rapid-fire, machine gun delivery that is disorienting,” Lumineers frontman Wesley Schultz says in a video discussing the cover. “I can’t imagine what it was like to hear that song at the time.”

Stream The Lumineers and Andrew Bird’s “Subterranean Homesick Blues” below.