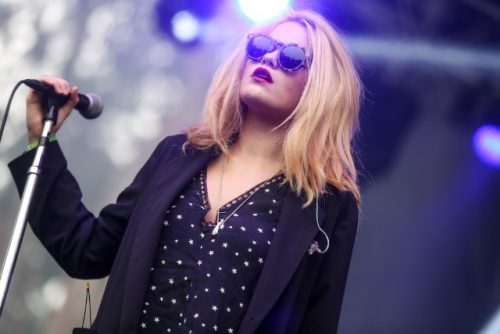 Director Edgar Wright’s seat-of-your-pants heist film Baby Driver features a carefully chosen group of songs that are set in perfect time to the action on the screen. City sounds and the movements of the actors and actresses work in time with the music with ease. It’s not often that a soundtrack precedes a movie, but in Baby Driver, it even inspired it.

One of the soundtrack’s standouts is Sky Ferreira’s cover of The Commodore’s “Easy”. Ferreira’s blend of drums, guitar, organ, and vibraphone feels just right reinterpreting the cool, seemingly untouchable vibe of the original.

In addition to her beautiful cover, Ferreira plays a small but vital role in the movie as the lead character’s singer mom. Check out Ferreira’s cover below, and then get into the theaters to see this unique and utterly fun film.