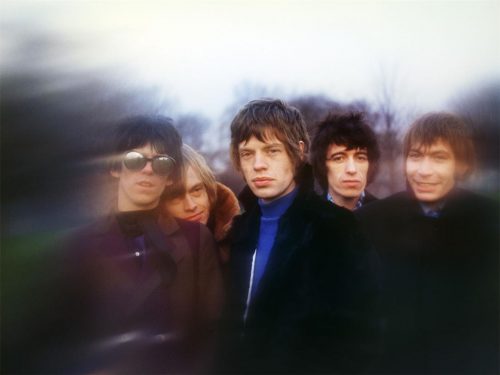 Covering an entire Rolling Stones album in one go are no new phenomenon. Phish once covered the entire Exile on Main Street live. Mojo Magazine put out a great compilation of soul Sticky Fingers covers. We ourselves have posted full-album tributes to both Sticky Fingers and Beggars Banquet. But these are all classic albums, unquestioned masterpieces. Brooklyn musician Chris M. (who records as Sick to the Back Teeth) did something different. He covered an album few would deem a classic: 1966’s Aftermath.

True, Aftermath has some unquestionable hits: “Paint It Black,” “Under My Thumb, “Mother’s Little Helper.” But it predates the Stones really evolving into an album band. Just as with early Beatles LPs, the UK and US releases don’t even have the same songs on them. So we had to ask Chris, why Aftermath?

“Although Aftermath is one of my personal favorite Stones records, part of why I chose it is that it’s a bit spotty,” he writes. “Some of the songs are among their best and most well-known, but I wanted the challenge of re-interpreting the ones I was less familiar with or that I felt could be improved. Choosing an album like this gave me a creative carte blanche with the arrangements in a way you probably couldn’t get away with if you were covering Sticky Fingers.”

He goes on to point out that his covers differ from the originals, which is putting it rather mildly. “Paint It Black” is a seven-minute thudding drum dirge in his hands, with no sitar in sight. “Mother’s Little Helper” swirls in a washed-out haze, like a David Lynch scene covered in fog. “Under My Thumb” combines growly metal vocals with, of all things, a vibraphone.

His favorite of the bunch, though, is a relative deep cut: “Going Home. “I was inspired by Alice Coltrane’s later work and the hare krishna band Rasa,” he says. “I’m also proud of Lady Jane because that’s a song I love and hate at the same time. I heard it as perfect for a doom metal cover. I decided that what I don’t like about the original is the way Jagger sings it, so I took out any trace of the melody.”

Stream Sick to the Back Teeth’s Aftermath below, then buy it on Bandcamp.