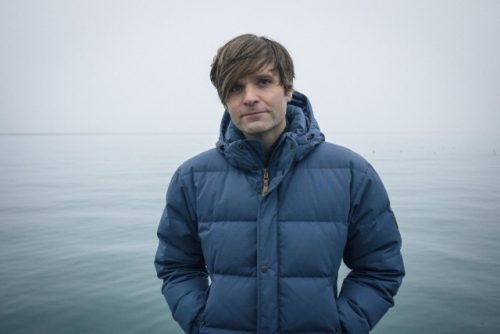 A recent trend in the ongoing vinyl revival has been record subscription services, where every month any number of start-ups will send subscribers a few curated records. One such service, Turntable Kitchen, stands out from the pack by commissioning original music: full-length covers of classic albums by younger bands. The service has already released Yumi Zouma covering Oasis’ (What’s the Story) Morning Glory?, Jonathan Rado of Foxygen covering Bruce Springsteen’s Born to Run, and Mutual Benefit covering Vashti Bunyan’s Just Another Diamond Day. Their fourth release is their biggest yet, and also their best. It’s Ben Gibbard of Death Cab for Cutie and The Postal Service covering Teenage Fanclub’s 1991 masterpiece Bandwagonesque.

“For me, Bandwagonesque became the natural choice because I first heard it when I was 14 years old,” Gibbard told Stereogum. “I lived in the suburbs in the early ’90s, I didn’t know anything about Big Star, there were no Big Star records at the Sam Goody. I just fell in love with a record that sounded a lot like music that was always on in my house as a kid, but sonically was recognizable as being from the modern era, even though the songs were timeless.”

Opening track “The Concept” initially sounds like a Postal Service deep cut, reverb echoing into space. Then the shimmery guitars enter and it sounds like Death Cab. Even when covering his idols, Gibbard can’t help sounding like himself.

Listen to Gibbard’s take on Bandwagonesque below, then buy it on vinyl from Turntable Kitchen.

Buy the album at Turntable Kitchen