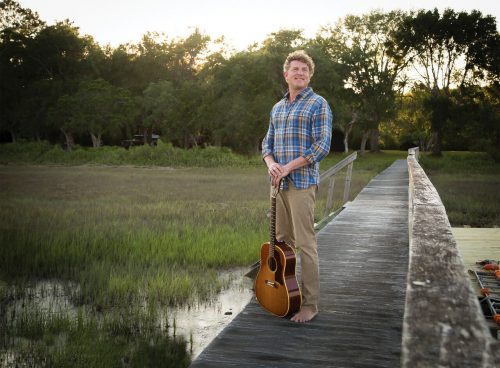 Mark Bryan wears many hats. Best known as the guitarist co-founder of Hootie and the Blowfish, he also runs an after-school music program for kids and just won an Emmy for producing the PBS music series Live at the Charleston Music Hall. He’s lived in South Carolina for decades, and a concert there when he was in college inspired a track on his new album. It’s a good story, so we’ll let him tell it:

In 1987, Boston band, Scruffy The Cat was on tour for their Tiny Days LP, and they came to Rockafella’s in Columbia, SC. I was a Junior at the University of South Carolina, and a DJ at WUSC.

When I heard Scruffy was coming, I begged the legendary club owner/promoter Art Boerke to let my band from Maryland, The Norms, open the show. The guys were going to drive down for the gig, but decided to bail at the last minute. I showed up at sound check to let the guys in Scruffy know what had happened, and they couldn’t have been cooler about it.

They decided to open for themselves, and the now late, great lead singer, Charlie Chesterman kept joking, “We are The Norms from Maryland.” Finally they started ripping through their freshly released material and when it was time for “My Baby She’s Alright”, they said, “We are going to bring Mark Bryan from The Norms up to play one with us”, and I got to play one of my favorite songs of that year, with one of favorite bands of that era.

Years later when I started jamming with my buds in a three-piece, punkabilly outfit called the Occasional Milkshake, “My Baby” became one of our staple covers. So when we got the chance to record it for a Charlie Chesterman tribute album called Choruses vs. Solos, we jumped at it.

He’s followed up that Occasional Milkshake cover with a solo version of “Mybabyshe’sallright” on his upcoming album Songs of the Fortnight, and we’ve got the premiere below. Peter Holsapple of The dB’s, who also performs as a touring musician in Hootie, joins on harmonica.

Find more from Mark at the Hootie and the Blowfish website. Top photo: Mark Bryan as photographed by Jonathan Boncek.