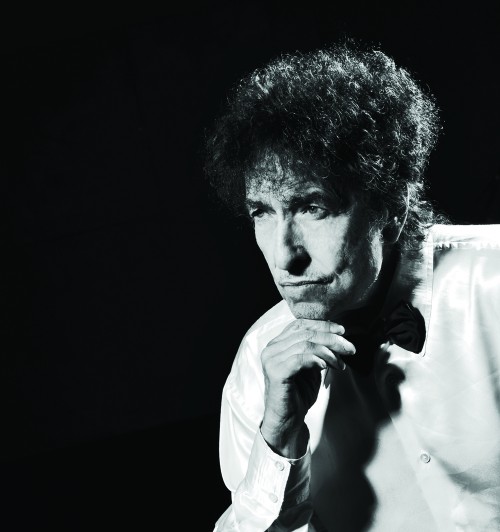 So with so many of Dylan’s standards covers now out, we decided to rank all 52 songs. Some of Dylan’s finest-ever vocal performances are on these three albums. Also some that make Self Portrait look inspired. So let’s try to separate the wheat from the chaff, the curds from the whey, the In the Wee Small Hours of the Morning from the Sinatra Sings Great Songs from Great Britain.

52. “I Guess I’ll Have to Change My Plans” (Triplicate 1: ‘Til the Sun Goes Down)
When Dylan announced his third consecutive covers album, we titled our post “Bob, Quit It With the Covers Albums.” And when track number one began playing on the latest album, boy did we think we were right. In true obstinate fashion, he kicks off his 30-song set with not only the worst song of this album, but his worst standards cover period. In theory, the addition of prominent horns to Triplicate should help differentiate it from its sometimes sleepy predecessors – and elsewhere it works. But “I Guess I’ll Have to Change My Plans” hints at the nightmare scenario many worried about when Dylan announced he’d be singing standards: a swingin’ Sinatra groove chased by an old man who can’t remotely keep up.

51. “Polka Dots and Moonbeams” (Fallen Angels)
Fallen Angels is the worst of the Dylan covers albums – and that’s even if you separate the three discs of Triplicate (as Bob suggests you do). We named Shadows in the Night the best cover album of 2015. Fallen Angels didn’t even make last year’s list. It supposedly contained cobbled-together outtakes from the Shadows sessions, and it shows, a bunch of songs that are often boring and occasionally horrendous. “Polka Dots and Moonbeams” is in the latter category. Bob straining to hold that high note on “As we floated over the floooor” makes for truly painful listening.

50. “Where Is the One” (Triplicate 2: Devil Dolls)
Let’s not get too bogged down on our journey to the gems. You can click the links if you want to hear the other songs in this category on YouTube or Spotify (where available). Though I wouldn’t recommend it…

48. “Some Enchanted Evening” (Shadows in the Night)

42. “On a Little Street in Singapore” (Fallen Angels)

39. “Imagination” (Triplicate 2: Devil Dolls)
This group of songs are all fine. There’s really not much more you can say about them than that. They’re not embarrassing, Dylan sings passably, the arrangements are pretty enough. Heard individually, one of these might even impress you. But in the context of their respective albums, they quick fade into the pleasant-but-forgettable background.

22. “Where Are You?” (Shadows in the Night)
Now we’re talking! The fact that almost half of the songs across these five discs are very-good-to-great is, if not quite matching the ratio of his best periods, better than the crooner-Dylan phase of his career often gets credit for. Shadows in the Night was a revelation to so many not because it proved he could sing – anyone who has paid attention to his live shows over the years knows that – but because it showed he could sing on the great singers’ terms. “Where Are You?” is a prime example, Dylan’s passion bringing out a tenderness and care of phrasing not always seen in his own recent work.

13. “The Night We Called It a Day” (Shadows in the Night)
This is the only song on any of the albums to get a music video, but boy is it a doozy. One of Dylan’s best-ever music videos (admittedly not the highest of bars), it’s a violent and wonderful film noir. Dylan couldn’t guarantee that Quentin Tarantino would pick this song for one of his soundtracks, so he made the movie himself.

9. “My One and Only Love” (Triplicate 1: ‘Til the Sun Goes Down)
The secret weapon on these albums – and on Triplicate in particular – is Dylan’s longtime bassist Tony Garnier. Whenever a song opens with Garnier’s slow, low bass-bowing, you know it’s going to be a beauty. On “My One and Only Love,” Dylan attempts one of the most vocally challenging songs of the bunch – right in the first line there’s a jump that would foil many trained singers. He nails it.

8. “Day In, Day Out” (Triplicate 3: Comin’ Home Late)
On song #52 – the worst of the bunch – we complained that the horn arrangement hemmed Bob in, forcing him to chase a vocal he couldn’t catch. This horn-driven song is the opposite, an upbeat and joyous number that lets Dylan loosen up. For all his love of Swingin’ Sinatra, Dylan doesn’t actually swing often on these albums. Here he does.

6. “P.S. I Love You” (Triplicate 2: Devil Dolls)
No, this is not the Beatles song – though judging by Bob’s recent “Something” and “Things We Said Today” covers, he’d probably nail that too. Rather, this is an old 1930s Johnny Mercer tune covered over the years by everyone from Bing Crosby to Diana Krall. Dylan finds the romance in this song, bringing to life Mercer’s wonderful workaday lyrics of letter to a spouse: “Write to the Browns just as soon as you’re able / They came around to call / I burned a hole in the dining room table / And let me see, I guess that’s all.”

5. “I’m a Fool to Want You” (Shadows in the Night)
The first song on the first album. For many, the first song they would hear of all 52. It set a terrific template, though also a bar he would rarely again reach. Spare and haunted, it’s a gorgeous vocal that few at that point would have imagined Dylan capable of.

4. “Braggin'” (Triplicate 2: Devil Dolls)
Dylan cares about these songs deeply, working hard to do them justice. One flaw in this focus – especially when you listen to five discs’ worth in one sitting – is there are a lot of slow and somber ballads. So “Braggin'” comes as a breath of fresh air in the midst of Triplicate, an upbeat and goofy number that finds Bob having a blast. It’s a lyric about as profound as his own “Country Pie,” and he has just as good a time singing it.

3. “Stay With Me” (Shadows in the Night)
“Stay With Me” was the first taste anyone had from this American-songbook phase when in October 2014, Dylan began ending his concerts with it, three months before Shadows in the Night came out. I attended one of those fall shows, and was blown away by his performance of it that night. For the many of us who weren’t sure what to expect when he announced a Frank Sinatra covers album, hearing him deliver a careful and impassioned version of this beautiful 1966 Lorraine Ellison was a sign that, as usual, he knew what he was doing.

2. “September of My Years” (Triplicate 1: ‘Til the Sun Goes Down)
It’s easy to read personal biography into a 75-year old Bob Dylan singing a song called “September of My Years.” That said, when you cover 52 songs, one or two are bound to address death. And remember, he was singing “In My Time of Dying” when he was 21. So forget the meta-textual analysis and focus on the beautiful delivery. Accompanied by little more than some steel guitar and Garnier’s bass (there it is again), Dylan delivers one of his best-ever vocal performances.

1. “That Lucky Old Sun” (Shadows in the Night)
Perhaps it’s no surprise that this song is the best of them all, since he’s been practicing it for 30 years. Dylan’s first cover of this song came in 1985, at the first-ever Farm Aid. It appeared again live in 1991, 1992, 1995, and 2000 – never for more than a show or two, but always welcome. Dylan has clearly lived with this song for years now, and every bit of that experience went into the recording. When he strains for – and just barely hits – that climactic high note, it’s one of the most moving movements of his entire recorded career.

These songs are not all on YouTube or Spotify, so you’ll have to head to Amazon to hear them all: ‘Triplicate’, ‘Fallen Angels,’ and ‘Shadows in the Night.’