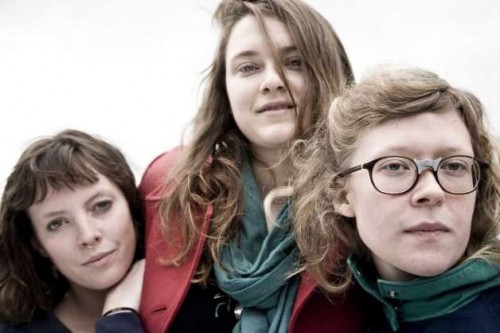 Going back a bit further in the history of the song will take you to its first recording by The Everly Brothers in the 1960s: easy guitar and harmonies with a light touch in terms of emotion.

Fast forward to today, and the Vermont trio Mountain Man have forged their own path with the simile ridden song- gorgeous three part harmony, soft guitar, and an emphasis on the emotion of the lyrics. It’s an interesting choice of cover for the Indie Appalachian Folk inspired trio, but not too far fetched considering the roots of the song.

A particularly accurate review of the group’s 2010 album Made the Harbor will give you a great sense of the surprise you are in for with this cover: “The tunes — despite being originals written in the last two years — sound like they could be early-century hymns, or covers of protofolk tunes gleaned from old Smithsonian field recording compilations. Mountain Man’s sound would have the listener assuming its members are old-timey Appalachian maidens, rather than coeds touring in a Prius.”

Check out the track below, and then head over Bandcamp to get the ongoing album Our First 100 Days: One hundred songs that inspire progress and benefit a cause for change.