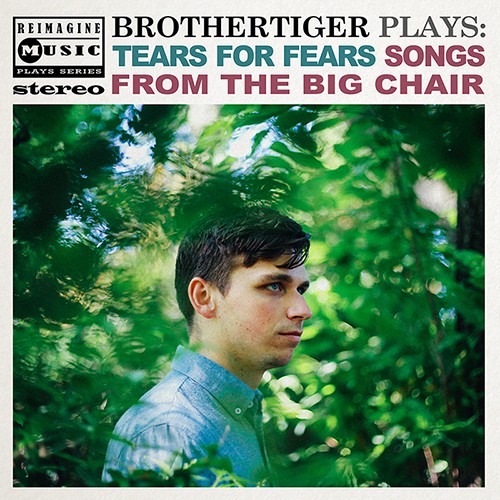 In May, Tears for Fears will begin a three-month tour with Hall and Oates. It’s the sort of retro package tour sure to fill sheds all summer, but an exercise in nostalgia may undersell a band whose sound remains influential across all manner of electronic music. Witness Kanye West’s prominent sample of “Memories Fade” a few years back for his ballad “Coldest Winter.” Earlier this year, one of our writers cited Gary Jules cover of “Mad World” as one of the most meaningful covers of her life.

The latest artist to acknowledge a Tears for Fears influence is New York electronic music John Jagos, who performs as Brothertiger. On his new album, he covers every song off one of his favorite albums, Tears for Fears’ biggest album, 1985’s Songs From The Big Chair. We’ve got the premiere of opening track “Shout” below.

“Out of all of the covers on the album, I think Shout sounds the closest to the original song,” Jagos says. “I don’t think my overall intention for this album was to stray far away from the original feel, and I think this song represents that best. I tried to keep certain elements that the song is known for, while adding some things that make it unique to my style.”

Brothertiger’s cover of “Shout” is propulsive and vibrant, faithful to the original without sounding remotely dated. Listen to it below

‘Brothertiger Plays Songs From The Big Chair’ comes out May 24 on Reimagine Music, a great covers label that has also released tributes to The Cure, The Beatles, Bob Dylan, the Rolling Stones, Jack Kerouac, Uncle Tupelo, Nirvana, and more.