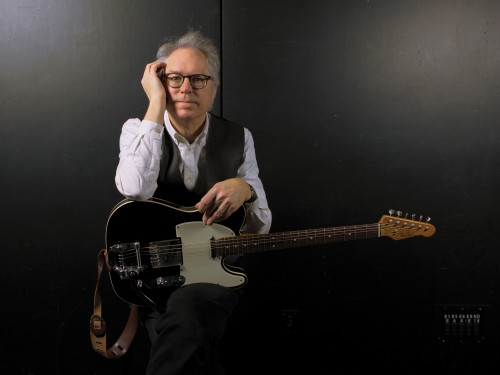 Bill Frisell, a legend of jazz and guitar and the creator of one of our favorite cover albums of last year, sat down with Fretboard Journal to play a cover of Bob Dylan’s “A Hard Rain’s A-Gonna Fall”. But if you weren’t reading this on a website with a focus on cover songs, I think Bill’s almost unrecognizable version could have fooled you.

In the honorable tradition of “making it your own,” Frisell’s dreamy playing barely sketches the outlines of Dylan’s song. If you are a huge Dylan fan, or just happen to know this one’s a cover, you can pick out the original. But Frisell’s version stands on its own as an incredible piece of instrumental work. It is at once full-bodied and complex, thanks to virtuosic guitar work – check out the barely plucked harmonics and the way Frisell changes where on the guitar he plucks each note to get the sound he wants – and simultaneously as simple and wistful as a lullaby. This version is one you’ll play again and again, but not because of your affinity for Dylan’s work; it’s a beautiful piece apart from the original.

Check out more from Bill Frisell at his website, which is currently promoting his 2016 album of movie song covers.