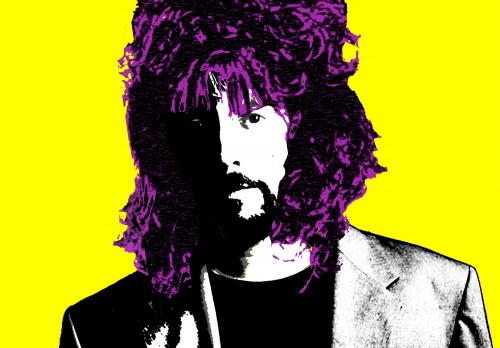 Though a prolific songwriter in his own right – three albums and four EPs worth of songs since 2013 – Jared Putnam has always been a fan of a good cover. After the breakup of his previous band The Conversation, he launched current solo project The March Divide with covers of Radiohead and The Cure. Now, so many original releases later, he returns to the covers well to pay homage to the artists he loved growing up in the 1980s.

“People might write this off as a rehash, but that honestly didn’t even occur to me until I was finished recording,” he wrote announcing the project. “For me, these songs are endearing. I was a little kid and these songs were on MTV. Everyone loves something about these songs.”

His latest song is a cover of The Bangles’ 1986 new wave hit “Manic Monday.” With little accompaniment beyond guitar and finger snaps, Putnam strips away all the production for a folk-pop version that retains every bit of the original’s earworminess. Each song comes with an image paying homage to the original musician’s look, so you might recognize Susanna Hoffs’ ‘80s do adorning Putnam’s visage up there – though he’s honoring more than just the Bangles on this one.

“I was learning all of these cover songs right around the time that Prince died,” he says, “so instead of learning ‘Purple Rain,’ or whatever other song comes to mind when you think of Prince, I decided to learn ‘Manic Monday,’ a song Prince wrote for The Bangles, to do my small part to show that Prince was awesome.”

Listen to The March Divide’s “Manic Monday” exclusively below.

Check out more March Divide at his website. Photo by John Glover. Art by Krist Krueger.