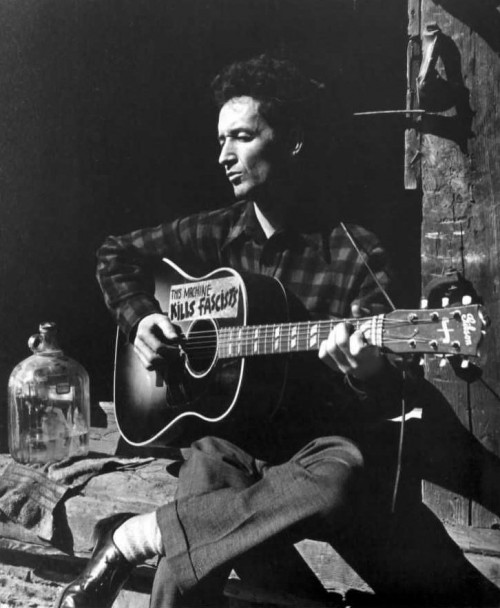 Other covers are only political in the sense that they were released to raise money for groups like the American Civil Liberties Union or Planned Parenthood. Barsuk Records put out a covers comp featuring Nada Surf, David Bazan, Mates of State, The Long Winters (wonderfully titled Sad!). Members of the Philadelphia punk scene came together for a 35-song set of covers by the likes of Laura Stevenson and Jeff Rosenstock, which range from the covers of political artists like Against Me! and Bikini Kill to a cover of the Beatles’ “I’m Only Sleeping,” which would be difficult to find a political take on.

In an effort to keep up, we’ve rounded up the best of the politically-minded covers released in the past week or so (and if the artist wrote anything about why they recorded the cover, we included that too). These are all great, but if you’re pressed for time, start with Lucinda Williams and jazz saxophonist Charles Lloyd covering Bob Dylan and gospel group the Jones Family Singers doing a powerful version of a Johnny Cash obscurity.

“We hope Patti’s message resonates with you as you march in solidarity this weekend, and during the next 4 years.” – Neko Case, kd lang, and Laura Veirs

“Nations have been throwing rocks at each other for 1000s of years. We go through spells of light and darkness. In my lifetime I have witnessed periods of peace, protest, and uprising, only to be repeated by peace, protest and more uprising. The fact that Bob Dylan’s ‘Masters of War’ was written in the early 1960s and not during the last decade, makes it timeless and timely. It breaks my heart to think that there are current generations of young people all over the world who are growing up without knowing of Peace in their lives. The words Dylan wrote are a laser beam on humanity.” – Charles Lloyd

“This song is a necessary statement for us to make at this crucial time in our nation’s history. Peace, love, and blessings to all.” – The Jones Family Singers

“We recorded a cover of Morrissey’s ‘Interesting Drug’ — it seems like the right soundtrack for this moment. No matter how anxious or angry you are, try to turn your passion into something good for the world. We’re in this together.” – OK Go

“We’re feeling so upset and worried and frustrated about the current state of things… the division in the US and throughout the world… the sense that voices of hate and inequality have been empowered. We needed a project where we could channel that frustration and we knew a lot of our friends were feeling the same way. I’ve always thought Bowie’s ‘I’m Afraid of Americans’ was [a] really powerful (not to mention really cool) song and now it has new relevancy. It felt great to turn our dark emotions into a creative project, especially one that involved a bunch of friends and family. Through music and creativity we stay connected and we find ways to express ourselves… we try to do our little part in turning dark into light.” – Get Right Band frontman Silas Durocher

PS. Though it will not surprise you that the music community leans more than a little to the left, in the interest of fairness we should also include the covers The Piano Guys played at the inauguration itself. They did One Direction’s “What Makes You Beautiful” in the video below, and Rachel Platten’s “Fight Song” elsewhere.