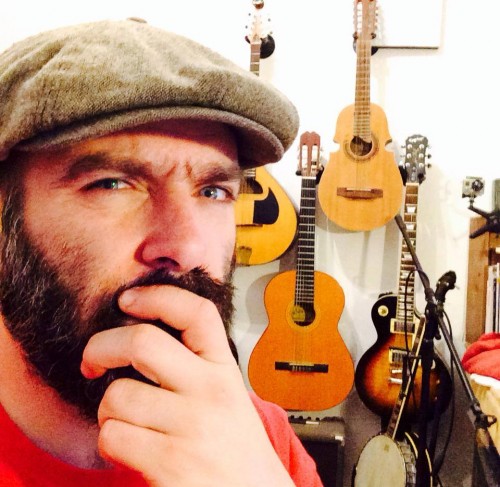 Banjo Guy Ollie is a multi-talented musician from Ireland.  He spends most of his time recording covers of video game music using acoustic instruments.  I first heard of him a couple of years ago when my friend, Dave, sent me the Double Dragon theme song.  (Dave and I spent most of our time in high school at the arcade trying to save Marian from the Black Warriors.)

Ollie admitted to me, though, that occasionally he likes to cover the odd rock/pop tune. His most recent in this category is Metallica’s “Wherever I May Roam.”  For the song, he uses a mandolin, an Irish bouzouki and a five-string tenor banjo.  (I love his creative drumming, as well.)

Ollie told me that he chose to cover this song on a spur of the moment. “Some songs seem to get stuck in my head and I just have to cover them,” he says. ” As soon as I do, they leave.”

See if this gets stuck in your head too with Banjo Guy Ollie’s cover of Metallica’s “Wherever I May Roam.”