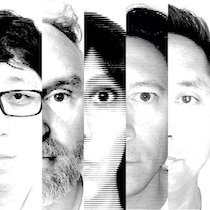 ’80s punk never got more wistful than on Husker Du’s “Celebrated Summer,” where the band showed they could wade deep into nostalgia while keeping their energy level high and dry. Echodrone takes their trip into the past on a jangling echo instead of a loud buzz, but arrives in the fondly remembered past with equal yearning and equal glory. – Patrick Robbins 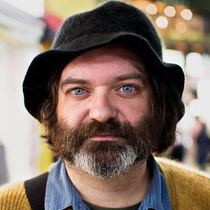 Everyone has a favorite Dylan, and it sounds like O’Rourke’s favorite Dylan is Tom Waits. More specifically, it sounds like O’Rourke was listening to ‘Mule Variations late at night and had 14 minutes to spare when he decided to record this excellent cover of Blonde On Blonde’s closing track (but he had to whisper so that he didn’t wake the kids). O’Rourke’s restraint keeps you on your toes throughout the entire song as he sometimes flirts with that bombastic atmosphere he created for Yankee Hotel Foxtrot. You’re always expecting more, but like most of Dylan’s best songs, the end result does just enough for your imagination does the rest. – Brady Gerber 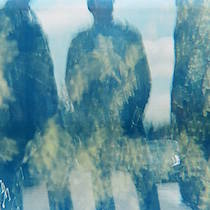 Townes Van Zandt, the prototypical songwriter’s songwriter, is a particularly tough choice for an artist to cover. Given the inimitably melancholic nature of his music, it requires a certain type of bruised soul to properly translate. But who needs that sad bastard crap anyway? Certainly not the members of North Downs who forgo acoustic melancholy for creepy electro-pop, borrowing only Van Zandt’s lyrics. It’s a wholly unique approach to Van Zandt, one that shows the inherent stylistic flexibility of songs that, in their original stripped-down form, are infinitely open-ended in how they can be interpreted. – John Paul 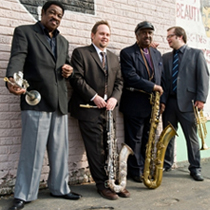 7. I Threw It All Away (Bob Dylan cover)
The Bo-Keys

On new album Heartaches By The Number, the Bo-Keys traffic in a sort of countrified, spirited retro-soul revivalism. Given their close proximity both geographically and ontologically, country and soul have long proven to be the beating heart of America. And while Bob Dylan is not necessarily the first name that comes to mind in either field, he embodies that very ideal of the American artist. Besides, behind all that marble-mouthed abstruse poetic imagery there hides a secret soul man just waiting to be brought to the fore. The Bo-Keys tap into this, combining the sound and spirit of vintage soul with Dylan’s lyrics of love and loss. It’s a masterful pairing if ever there was one. – John Paul 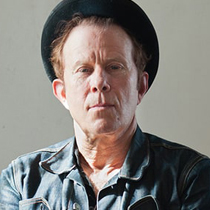 If there were a list of contemporary artists meant to cover the haunting melodies of pre-war blues, it’s likely Tom Waits would find himself somewhere near the top. Possessing a grizzled, phlegmatic bark, his is a voice redolent of the so-called Old Weird America, haunted by the spirits of a bygone era. Taking the listener to church, Waits’ Blind Willie Johnson cover (one of two he does on our #1 tribute album of 2016) is a gloriously shuffling revival tent sing-along. You can almost hear the years of dust and grit coating the grooves of this lost, imagined 78. – John Paul 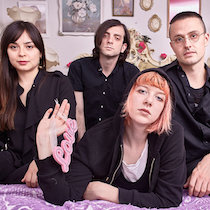 You know this year was shitty when someone argued that Drake’s Take Care was the greatest emo album of all time and you didn’t have the emotional strength to be mad about such a bad take. But Dilly Dally, this blessing of a band, turned “Know Yourself” inside out and validated this argument that maybe their fellow Torontonian is indeed a master emo songwriter, at least in the scuzzier screamo style. – Brady Gerber 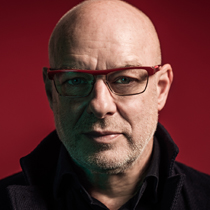 Brian Eno is the man responsible for the famous quote about everybody who bought the first Velvet Underground album forming a band. In 2016 he paid tribute to the VU again with his ambient-touched cover of “I’m Set Free.” It may not cause a spike in band formations, but Eno’s warm vocals drifting down his river of musical atmosphere may well set listeners free to find new illusions of their own, which would no doubt bring pleasure to Eno – and maybe even to Lou Reed as well. – Patrick Robbins 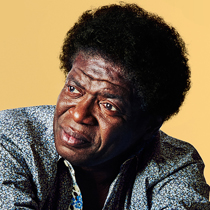 Is there any song Bradley cannot claim for his own, his down and dirty swamp blues displaying the dream the Pigpen-era Dead had in mind for this song (or so I like to think)? Yup, that’s right, the Grateful Dead were a blues band. Giving the Workingman’s Dead opener a sound strangely similar to the Rolling Stones’ Blue and Lonesome, Bradley spits his Jaggeresque vocals effortlessly. – Seuras Og 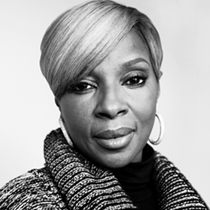 Considering that this is a Springsteen-penned song about the definitively un-American practice by which American police routinely kill unarmed American citizens of color performed by two people with the combined authority, clout, and political significance of Blige and Lamar, the mere idea of this cover is enough to get me emotional. It likely would have made me cry upon first listen even it was terrible. Luckily, it’s not. The swelling Americana is earned and somehow not repetitive. Blige’s voice is more than capable of handling the melody and finding emotional traction that builds up to a gutting read of the damning declaration that “you can get killed just for living in your American skin.” But it’s Lamar’s bars that really take this from protest music to a protest in-and-of-itself by adding something utterly necessary that Springsteen wouldn’t have chosen to or been able to make, thereby not just performing the song but reclaiming it from the well-intentioned but inarguably white man who wrote it. This cover manages to inhabit and augment the message of the original while also drawing attention to the fact that Bruce Springsteen is not only safe from the police, but is a man whose concerts are regularly attended by at least one Republican governor. Implicit in this act of reclamation – and Lamar’s mention of a Colin Kaepernick – is the double standard surrounding protest itself: “Born in the USA,” Springsteen’s most vicious critique of the United States, gets played at the very same sporting events deemed to be inappropriately patriotic settings for protesting athletes of color. This version isn’t just better than the original, the song didn’t fully exist until Blige and Lamar got ahold of it. – Matt Vadnais 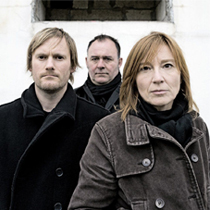 Portishead’s “S.O.S.” was recorded for the movie High-Rise; it was their first new material in six years, but the trip-hop pioneers refused to release it officially, wanting it to remain unique to the film. That changed in June, in the wake of the murder of MP Jo Cox and just before the Brexit referendum. The song meant even more now, and Portishead agreed that its message needed to be spread. Their performance drains “S.O.S.” of all the exuberant bounce ABBA gave it, making the sadness that was always present in the song more dominant, more hollow-eyed. yet somehow less emotional. It’s now the chilled cry of someone truly needing to be saved, and the frost it brings isn’t going away with the sunrise. – Patrick Robbins

Here’s a partial Spotify playlist of this list (warning: only 31 of these 50 covers are on Spotify – they don’t even have our #1 or #2 – so the playlist is very incomplete).

Catch up on our previous year-end lists here.

Tell us what YOUR favorite 2016 covers were in the comments. Thanks for a great year!