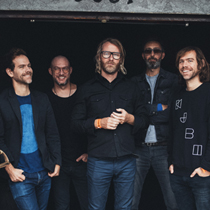 It probably doesn’t come as a surprise that more than one cover from the massive Grateful Dead tribute Day of the Dead should make it to our year’s Best Of list. The 59-track collection is ambitious, to say the least, and features some beautiful and breathtaking renditions of the legendary Palo Alto ensemble’s repertoire. One of the best is album-curators The National’s stunning cover of the Scottish traditional folk song “Peggy-O.” With Matt Berninger’s gloomy baritone, warm guitar arpeggios and the signature slow burn that is the National, this morose take on the traditional song is an excellent addition to our year’s end cover list. – Raphael Camara 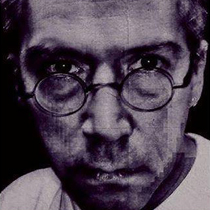 19. By the Time I Get to Phoenix (Glen Campbell cover)
48 Cameras

Alzheimer’s disease has robbed Glen Campbell of his ability to communicate verbally, and soon it will rob him of his life. His music, however, will live forever, both in its original form and in the covers it inspires. On their all-cover album Songs Our Mother Taught Us, the musical collective 48 Cameras cover Jimmy Webb’s “By the Time I Get To Phoenix” twice; the first is the more musical of the two, and serves as a cool, dark echo of Campbell’s hit version. – Patrick Robbins 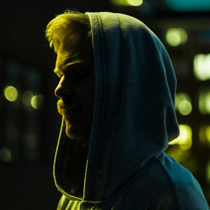 18. Hand in My Pocket (Alanis Morissette cover)
The Land Below

An odd take on a rarely covered hit. The Land Below starts the song with a droning bassline right out of the Butthole Surfers’ playbook. It quickly becomes the star of the song; it’s unsettling and oppressive as it pulses over and over. Morissette’s words seem completely superfluous as the Land Below craft a dystopian soundtrack. You might find yourself looking nervously over your shoulder as you listen. – Mike Misch 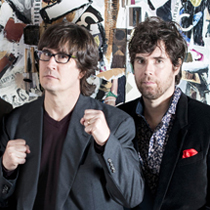 17. Rainbow in the Dark (Dio cover)
The Mountain Goats

Cyrus and Jeff – the misunderstood friends who started the best ever death metal band out of Denton and went on to appear in a underrated arc of Thor comics written by Matt Fraction – only appear in a single Mountain Goats song. And yet, throughout John Darnielle’s career, the noisy, wronged, and potentially violent teenagers who practiced twice a week in Jeff’s bedroom loiter just out of sight. Even as Darnielle’s sharply syllabic and definitively literary character sketches have gone on to include a much wider variety of misanthropic loners, Jeff and Cyrus bear witness to an important part of his origin story. Because this Dio song is about being lost and seeing beauty that no one else sees, and because this is a song that Jeff, Cyrus, and John all probably listened to a hundred times on a crappy car stereo, it should come as no surprise that the cover is genuinely moving. The original’s bombastic, squealing guitar riffs are converted into almost-sentimental piano chords. But this rendition isn’t just nostalgia or even a loud-to-soft/ugly-to-pretty trick. This is a rendition coated in loss: listen to Darnielle’s voice crack just before the three minute mark when he realizes “that it’s me who’s lost and never found,” choking up so that he can’t even finish the iconic titular refrain. But it’s not even just loss and nostalgia that drives the performance: as it ends, a dude yells “DIO” as though he’s been waiting his whole life to recognize this song, and the crowd roars back with heretic pride. – Matt Vadnais 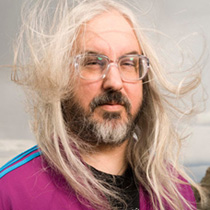 Still on a hot streak following his big gentle break, J. Mascis continued being gentle in 2016 by covering indie’s most beloved gentle man. Don’t worry; Diet-Mascis still means crunchy distortion and effortless guitar solos, and Mascis is smart enough to play around with a song enough so that his trademark buzz doesn’t get in the way of what makes the original so great. Smith would approve. – Brady Gerber 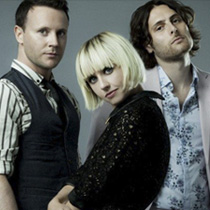 “Ashes to Ashes” was a sequel to Bowie’s first U.K. number-one hit “Space Oddity,” and it became his second U.K. chart topper. Despite the fact that Bowie described it as a nursery rhyme, it’s a complex song, addressing themes of addiction, alienation, and failure, while acting as a coda to the excesses of the 1970s. It also had the unfortunate effect of encouraging the very silly (and luckily short-lived) “New Romantic” scene. While the original is densely layered and is dominated by a funky bass part, Welsh band The Joy Formidable strips the song down without losing the atmospherics, and replaces the funk with, appropriately, an eerie spaciness. – Jordan Becker 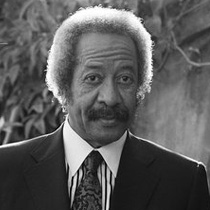 Allen Toussaint, the legendary New Orleans pianist, songwriter, producer and arranger, died on November 10, 2015, just less than a month before he was scheduled to perform with Paul Simon at a benefit concert in his home town. Simon turned the concert into a memorial to Toussaint, who had recently paid his own tribute to Simon, recording “American Tune,” which turned out to be the last song on his posthumously released final album. Featuring a spare arrangement that opens with Toussaint singing over Bill Frisell’s acoustic guitar before drums and piano join in, it is a classy, elegant take on the song. And the lyrics, of struggle, perseverance and hope, gave Toussaint a chance, unknowingly, to sing himself a fitting epitaph: “And I dreamed I was dying, I dreamed that my soul rose unexpectedly/And looking back down at me, smiled reassuringly.” – Jordan Becker 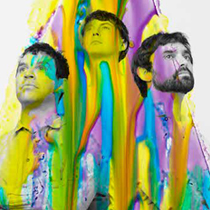 Motown may not immediately seem an obvious influence for Animal Collective. Where Berry Gordy and co. would engineer any Motown single to be as catchy and immediate as possible, Animal Collective deliberately obfuscate their material through layers of haze and weirdness. But peer beneath the masks. Like Motown songs, Animal Collective tracks are often tuneful and full of hooks, just secretly so. While their Martha and the Vandellas cover would absolutely not be a hit single, the band’s blurry production and the song’s unrelenting hooks blend perfectly. – Ray Padgett 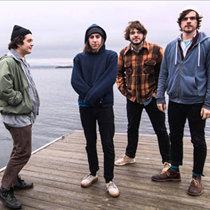 Philly-based indie rockers the Districts put their own heartrending spin on the already moving Leonard Cohen tune “Lover Lover Lover” (a cover released a few months before he died). It takes guts covering a legend like Cohen, but the Pennsylvanian quartet isn’t in the least fazed, expertly taking on the 1974 tragedy-inspired track and turning it into something unique of their own. The cover begins with smooth bass and dreamy electric guitar lines, before singer Rob Grote comes in with soft and tense vocals. A gentle tambourine starts to sound a minute in, then the percussion really kicks in. What began gentle and mellow slowly turns into something raw and desperate as the group gets louder, tempo picks up, and Grote’s increasingly strained vocals progress to more heartbreaking territory. – Raphael Camara 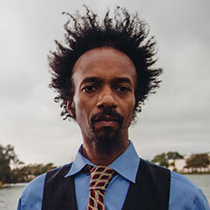 Fantastic Negrito wrings every bit of darkness out of this traditional tune that has been covered a million times before. The percussion echoes like a shot again and again, and the piano and guitar lend just enough flair to keep up with Xavier Dphrepaulezz’s vocals. Honestly, though, if this was done a cappella it would be just as powerful. – Mike Misch