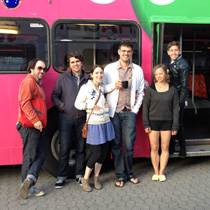 40. Together Forever in Love (Go Sailor cover)
The Smittens

Like so much of the ’90s twee-pop scene in Olympia, Washington, Go Sailor wrote outrageously catchy songs with production so low-budget it risked hiding the hooks. Vermont’s own longtime twee-poppers The Smittens rescue one such gem, giving it the polished performance it always deserved. – Ray Padgett 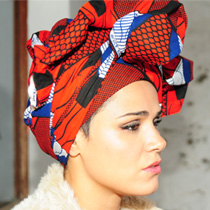 Ibrahim recorded this cover months before Leonard Cohen passed, but it serves as fitting tribute nonetheless. Rather than record another “Hallelujah” or “Suzanne,” she takes on one of Cohen’s latter-day masterpieces. His original was all worldweary gravitas, but Ibrahim uses gospel vocals and hip-hop production touches to raise the song to the heavens. – Ray Padgett 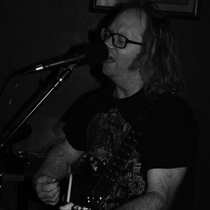 The best covers are those that transcend their source material, finding in the cracks and crevices certain elements to be highlighted at the expense of others. By getting to the heart of Gillian Welch’s “Look At Miss Ohio,” Roy Peak ratchets up both the volume and subtle, simmering angst at the song’s very core. When he snarls, “She says she wants to do right, but not right now” the unspoken transgressions become all the more accusatory and scandalous. Where Welch merely suggested, Peak demands we look at the titular character and see her for what she really is. – John Paul 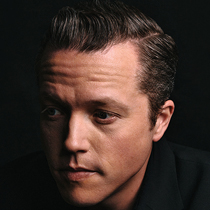 Jason Isbell was so influenced by Bob Dylan, he has lyrics from “Boots of Spanish Leather” tattooed on his arm. Interviewed backstage at the Newport Folk Festival in 2015, Isbell noted that Dylan’s famous electric performance at Newport fifty years earlier gave him “an opportunity to sing my sad, folk, narrative-driven songs and still play rock and roll guitar solos, which is kinda my favorite thing in the world.” Thus, it is not at all surprising that Isbell would perform at this year’s Dylan Fest, a charity concert held at his adopted hometown of Nashville’s Ryman Auditorium. His contribution to the evening started with a fuzzy, earnest solo electric version of “It’s All Over Now, Baby Blue,” one of Dylan’s relatively early surreal songs, the meaning of which still sparks debate. Joyce Carol Oates, another Dylan fan and pretty fair wordsmith, has said: “The beauty of the song is that you can never quite comprehend it. We know only that something is over.” – Jordan Becker 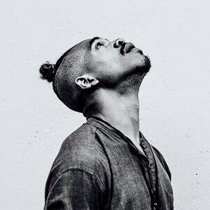 Brooklyn-based newcomer KAMAU earns himself a place on our list with his fresh cover of Adele’s debut single “Hometown Glory”; one which starts a somber piano take and then takes a dip into some lively hip hop territory. His soulful vocal delivery, mixed with Anthony Bracewell’s delicate strings and Cale Hawkins on keyboard makes this cover too good to leave off our list. KAMAU’S rendition will surely breathe new life to a well-loved classic. – Raphael Camara 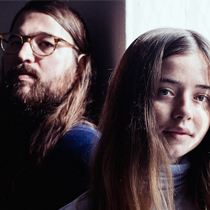 35. Look At What The Light Did Now (Little Wings cover)
Flo Morrissey and Matthew E. White

It’s tempting to skip a cover song when you don’t know the original. And odds are you don’t know Little Wings’ song “Look at What the Light Did Now.” But listen to this cover anyway. Suffice to tell you the original is quiet and acoustic, a bare thread of a song that Flo Morrissey and Matthew E. White turn into a glorious tapestry. It’s the first taste of a covers album they have next year, and, if the rest is like this, we’ll be seeing them again on Best Cover Albums of 2017. – Ray Padgett 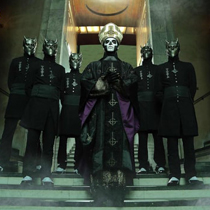 The masked pope and minions of Ghost B.C. actually topped our countdown back in 2013 with a wonderfully raucous cover of Roky Erickson’s “If You Have Ghost.” Even aside from the song title, it was a natural match for them, Erickson’s weirdness finding voice in a band that never shows their faces. On their new EP Popestar, they tackle a less immediately obvious choice: the EDM group Simian Mobile Disco, whose 2007 hit “I Believe” Ghost slows way down and spooks way up. – Ray Padgett 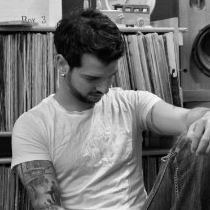 The lush, dense layers of sound that pour on top of themselves in this version of Nick Drake’s “River Man” sound like they should always have been part of the original. It’s almost like Jozzef just cranked Drake’s version to 11; it manages to be a completely new take and comfort food at the same time. – Mike Misch 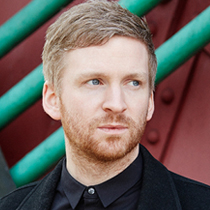 Few artists can touch the 2001 R&B classic “Say My Name” and leave behind such a haunting impression as Ólafur Arnalds. The Icelandic BAFTA-winning multi-instrumentalist molds the Destiny Child classic into a piano and violin-driven lament supported by Arnor Dan’s gorgeous husky vocals. The cover comes as part of the latest Late Night Tales collection, a project that invites artists to create the perfect late night compilation. This one’s for you night owls out there. – Raphael Camara 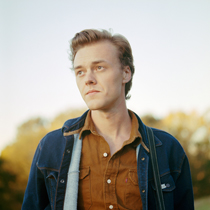 Blind Willie Johnson dominated the early-blues-covers sphere this year (see our #1 album), but one of the finest covers in the genre honored Mississippi Fred McDowell. McDowell popularized “You Gotta Move” before the Rolling Stones turned into a staple for any blooze-rock guitarist with a slide on his pinkie. Oklahoma songwriter Parker Millsap brings it all back home on this tender acoustic cover, guitar and fiddle returning the song to the rural plains from when it came. – Ray Padgett