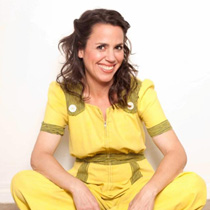 Prince’s untimely death this past April was timely in one respect: it brought a new relevance to his song “Sometimes It Snows in April,” giving the thirty-year-old track a long, lingering moment of the spotlight. D’Angelo’s emotional cover on Jimmy Fallon’s Tonight Show got the most attention, but Petra Haden’s a capella version may have been the most beautiful. Relying on nothing but her voice(s), Haden weaves a truly gorgeous tapestry of the song in tribute to Prince, bringing fresh blood to the blue lyrics and inevitably turning “Sometimes It Snow in April” a lovely shade of purple.– Patrick Robbins 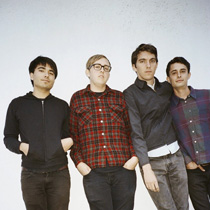 It’s fitting that Joyce Manor covered 2007-era The National in 2016, considering that new album Cody is their Boxer, the breakthrough record that took the band to a whole new level of mass acclaim. In this year, more people than ever discovered this great band through a Kanye lyric in “Fake ID” and quickly fell into the rabbit hole that is Never Hungover Again (their Alligator) and beyond. Other artists were bigger this year, but no other band had a bigger, more deserving year than Joyce Manor. With this National cover, the torch from one generation’s great indie band was officially passed on to the next generation. – Brady Gerber 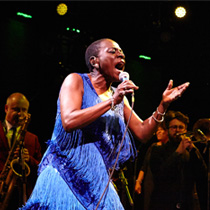 If it’s a cliché to say we would listen to Sharon Jones & The Dap-Kings perform the phone book, then what does it mean that one of our best covers of the year was created for, and was only released as, a car commercial? The blues-rock of the Allman Brothers and the soul-and-funk of Sharon Jones and the Dap-Kings are both branches of the same musical tree, so while the original and the cover sound nothing alike, they are far from alien to each other. Sharon Jones gives her standard emotional soul performance, rendered that much more poignant by her recent passing, and the Dap-Kings, augmented by additional horns and strings, provide a smooth, funky accompaniment. Whether the song, reportedly written by Gregg Allman while high, or the cover, performed by musicians who – if the documentary Miss Sharon Jones can be believed – live paycheck to paycheck, is appropriate to advertise a luxury car is beyond our expertise. But we love the cover. – Jordan Becker 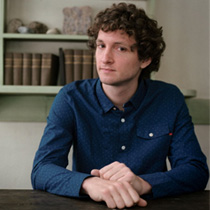 47. And We Bid You Goodnight (Grateful Dead/Traditional cover)
Sam Amidon

Like most of the Grateful Dead covers on Day of the Dead, this one does not feature anything remotely “trippy” or “far out.” While the jam-free approach allows the four-disc set to avoid a paint-by-magic-mushrooms depiction of the band in order to highlight their efforts as experimental curators of global and traditional sounds and songs, only the best covers in the project manage to replace the jam with some other kind of emotional purpose. Sam Amidon is able to do that here by drawing on the song’s traditional origins and context. This version’s sing-along choruses and slapped strumming have more in common with a Bible camp talent show than they do with the never-ending tour. However, Amidon is brilliant here, finding a tuneful, plodding joy as the church leader who breaks away from the chorus to describe “the beast, the ending of the world” and remind us that it “eats all the children who would not be good.” Even better, Amidon makes those lines easy to sing along to without robbing them of any of their inherent strangeness. – Matt Vadnais 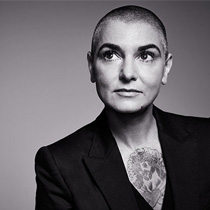 With her voice having settled into a husky burr, Sinead O’Connor’s read of Blind Willie Johnson’s “Trouble Will Soon Be Over” reads as a fervent gospel-tinged anthem for change. Building from an a cappella opening, the song gains strength and momentum as it progresses, seemingly emboldened by the lyrics themselves and the inherent potential for change contained therein. It’s an eerily prescient rallying cry seemingly made for a year in which everything seemed to go to hell in a proverbial handbasket. – John Paul. 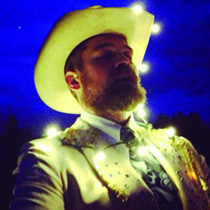 45. That’s How I Got to Memphis (Bobby Bare cover)
Karl Blau 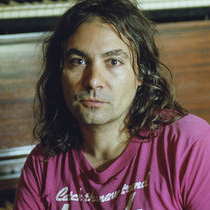 44. Touch of Grey (Grateful Dead cover)
The War on Drugs

As noted in our Best Cover Albums of 2016, the Day of the Dead collection has some excellent tracks and some that simply don’t work. The War on Drugs’ cover of the Grateful Dead’s “Touch of Grey” is one of the good ones. The Dead’s only hit song, written, performed and recorded late in the band’s long career, it is therefore a somewhat odd choice as a lead track, but it sets a welcoming tone for the album. The original worked because it took the Dead’s trademark sound, nudged it a bit toward radio-friendly pop, and its triumphal message of flourishing despite aging struck a chord with the band’s long-time fans. Its popularity brought a new generation to the scene, for better or worse, depending on who you ask. The cover works not because it tries to replicate the original or because it totally reimagines it. Instead, it is successful because it sounds like a really good War on Drugs song – listen to it, and then listen to, say, “Under The Pressure” or “Red Eyes,” and it fits right in. – Jordan Becker 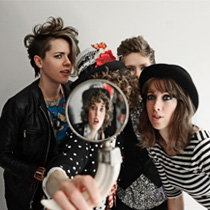 Colorado folk/pop quartet SHEL secures their place on this list with their sinister cover of Metallica’s critically acclaimed “Enter Sandman.” The sister quartet admitted to being nervous to take on the 1991 signature single – singer Eva Holbrook even claimed to have said a prayer to the gods of rock that she not be struck dead – but on listening this cover, it’s hard to not see it as anything less than a success. Ghostly vocals backed by gentle mandolin plucking, ominous strings and soft drum lines contribute to a unique, dreamy cover of arguably Metallica’s biggest song. – Raphael Camara 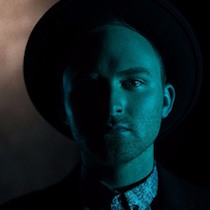 When Trevor James Tillery claims to feel heavy metal in his cover of “Song 2,” it’s very hard to believe him. The song has none of the adrenalized frat-boy feel of the original, which is more than enough to draw attention to it; if Blur’s version is an X Games motocross jump, Tillery’s cover is that same jump filmed at two thousand frames per second, revealing a serene, eerie beauty. Wooooooooooo hoooooooooooooo. – Patrick Robbins 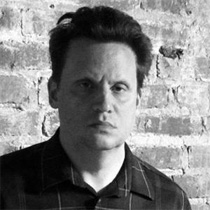 The time-honored approach of stripping everything away and barely covering the song’s skeleton is a celebrated cover trope, and yet again it works a treat in Mark Kozelek’s swing at this most over-polished of songs. Here we are with just an unvarnished voice and splintery keyboard, give or take some unnecessary backing vocals. Whilst I wish Kozelek had nixed that kitsch, enough remains for this to bring out the poignancy of the lyric, with his weathered croak a more believable delusion than that of the song’s originators. – Seuras Og