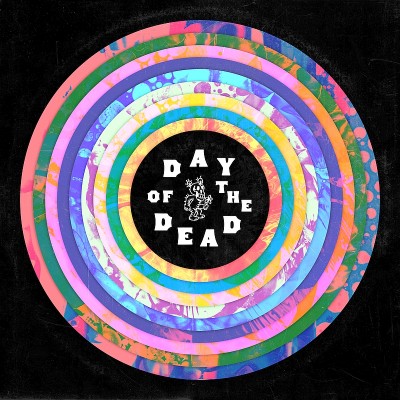 A skilled surgeon could have cut the fat here. Day of the Dead is in desperate need of a lap-band. This five-disc collection is tremendously ambitious and highly unfocused. But among the 57 songs, there are some great covers, like Courtney Barnett’s “New Speedway Boogie” and album-curators The National’s “Peggy-O.” If we could cut this down to one disc, it would probably be our album of the year. As it is, there are plenty of gems to add to mixes here and there…and a whole lot of filler. – Sean Balkwill (Read full review) 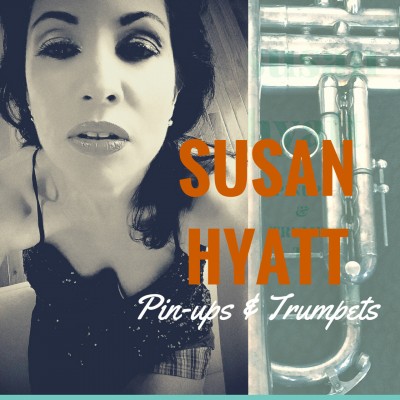 Echoing David Bowie’s Pin-Ups album in both title and deed, Susan Hyatt covered the favorites of her youth for Pin-Ups and Trumpets. Unlike Bowie, though, Hyatt seems to have spent her youth prowling far darker alleys. She’s chosen to cover songs about people making bad choices (“Young Americans,” “Life in the Fast Lane,” “Breaking the Law”), and she’s made them all sound so seductive, changing the colors of the original but not the shadings. Hyatt isn’t making photocopies here – these songs are alive, quietly panting in the dark, ready to strike. And yes, rest assured, there are trumpets. – Patrick Robbins 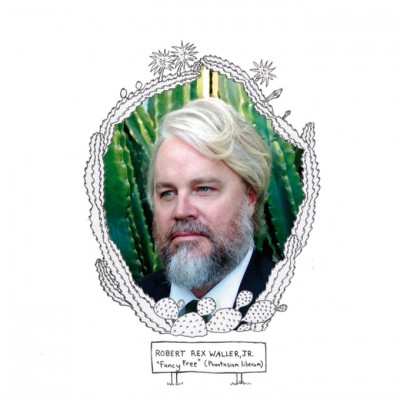 Dave Alvin has called Americana band I See Hawks In L.A. “one of California’s unique treasures.” He of all people would know. The band’s lead singer Robert Rex Waller, Jr. goes solo on this country-ish covers album that’s Laurel Canyon in points, funk-jazz in others. He takes on the classics – Bob Dylan, Nina Simone, The Kinks – but even on an oft-covered song like “Waterloo Sunset”, brings a passion and a beauty that makes you hear each track anew. And sometimes he’s not afraid to veer far afield; despite his twangy croon, his wonderfully bizarre version of the Oak Ridge Boys’ title track defies genre labels. – Ray Padgett

17. ‘Let All the Children Boogie: A Tribute to David Bowie’
Buy on Amazon 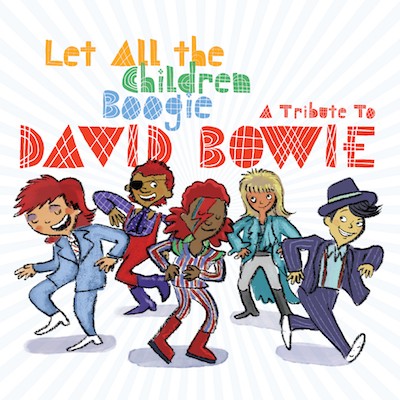 Any collection of a popular artist’s songs presented as children’s music should always be approached with some level of trepidation. Thankfully, the folks at Spare the Rock Records seem to have felt the same and, rather than adding to the pap currently clogging the marketplace, release music aimed at children but ideally suited for the whole family. And there is no better artist, save perhaps the Beatles, for this approach than David Bowie. His is a catalog so vast and stylistically diverse as to perfectly warrant the stylistically diverse assemblage of artists and styles gathered here, from Antibalas’ afrobeat dance party to Marco Benevento’s symphonic piano. Stripped to their barest elements and rebuilt in individually idiosyncratic ways, the work of Bowie presented here remains wholly recognizable, yet affords listeners an entirely new way of hearing these well-known songs. – John Paul (Read full review) 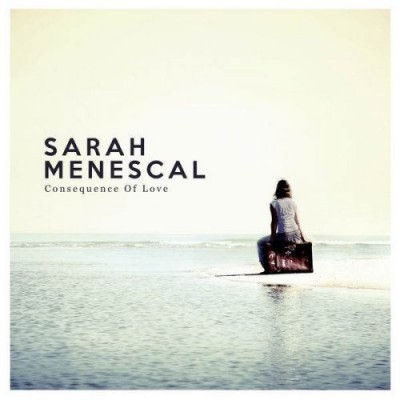 The breathless bossa nova thing gets applied to a batch of unlikely songs. “I Can’t Go For That (No Can Do)” gets slowed down a little, “Don’t Stop Believin'” sped up a little, both a little quieter, a little warmer. You think you’re immune to the novelty; you’re ready to join the barista in ironically smirking as this plays in the background. But Sarah Menescal won’t let that happen. She’s sharing something special here, and over the course of Consequence of Love, her conviction (a word not often associated with bossa nova) lifts the album above coffeehouse pablum, makes a statement of worth. Oh, and it still makes you want to listen to it in a hammock under the hot sunshine. – Patrick Robbins

15. ‘(Not The) Same Old Songs: A Tribute to Motown’
Buy on Bandcamp 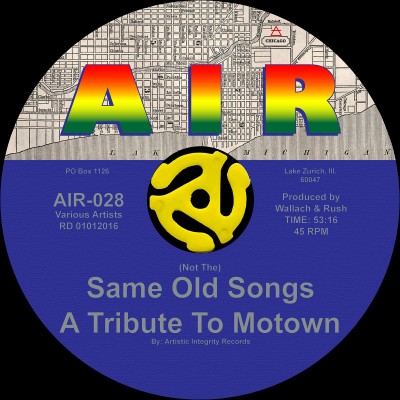 Half a century after their peak influence, the songs of Motown remain strong cornerstones of the rock ‘n’ roll factory. Artistic Integrity Records (AIR) go after these cornerstones on (Not The) Same Old Songs, stripping them of their polish with fuzzboxes or earnest bedroom keyboards. The songs remain rock-solid, and in a few special cases (Bob Nanna’s “You’ve Really Got a Hold On Me,” Jackson Mud’s “I Wish It Would Rain”), the covers deliver in a way the Motown originals don’t, which is more than anyone could ask for. – Patrick Robbins

14. Bill Frisell – ‘When You Wish Upon a Star’
Buy on Amazon 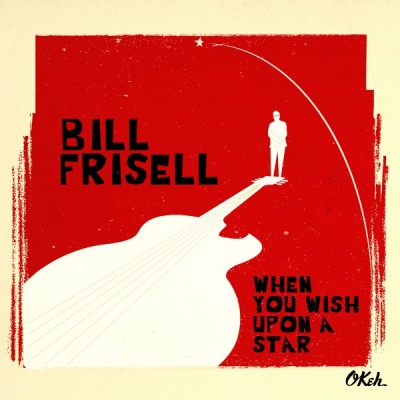 A famous guitarist covering movie-soundtrack songs sounds like the stuff that elevator music is made of. Not so if that guitarist is Bill Frisell. He can go smooth as silk, sure, but even the most cursory listener to his catalog would know he can also go way out there. And on this album he does both. Songs like “You Only Live Twice” and the title track aim for the pretty, with help from some singer friends, but then he stretches out with “Once Upon a Time in the West” and the theme from The Godfather. – Ray Padgett 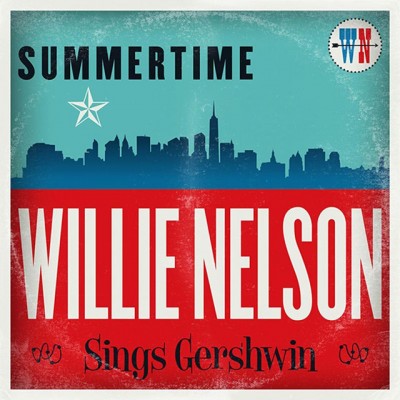 Willie Nelson released two covers albums this year. His tribute to country-crooner Ray Price is quite pleasant, but so firmly in Nelson’s wheelhouse one wonders whether it’s really necessary. His tribute to the songs of the Gershwin brothers, however, lets him stretch himself into full jazz-standard territory. Just like Brian Wilson did before him with his own Gershwin tribute, it shows a great songwriter who can also song-interpret with the best. – Ray Padgett 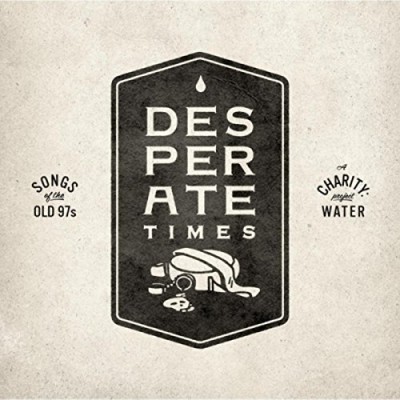 The Old 97s’ website guy curated this charity tribute album, with support from the band themselves. The contributors, all well-respected artists if not chart-toppers, inhabit a similar Americana/country/rock space as the band they are covering. For the most part, although the covers don’t generally stray too far from the originals, each is distinctive and all are of exceptional quality. If you are familiar with the originals, you will appreciate the artists’ interpretations. But even if you didn’t know that it was a tribute album, the songs are strong enough to be enjoyable. – Jordan Becker (Read full review) 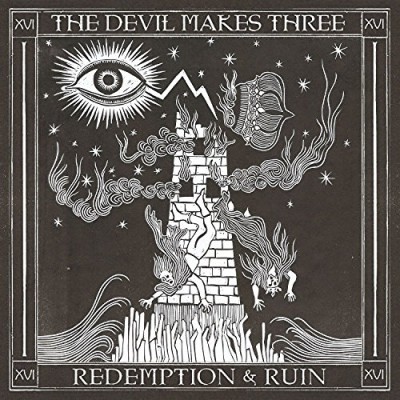 Redemption & Ruin isn’t just an album title; it describes the record’s two halves. The “Ruin” side emphasizes blues songs with names like “Drunken Hearted Man” (Robert Johnson) and “Waiting Around To Die” (Townes Van Zandt). Then “Redemption” turns to gospel, both classics and newer compositions alike. The band proves equally adept in both worlds, bringing a bluegrass-flecked Americana joy and swing to the lightest and darkest of tunes. – Ray Padgett