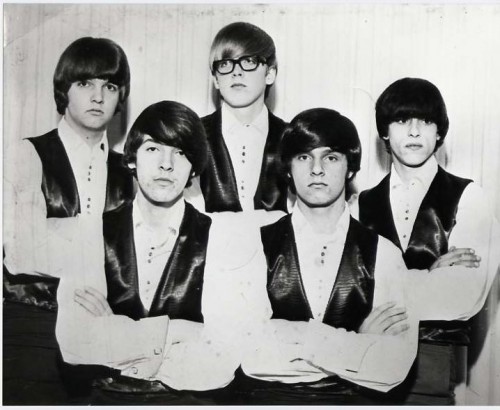 As we continue to mourn Leonard Cohen, here’s one little gem his death has dug up. Earlier this year, Bruce Springsteen made a point of paying tribute to artists we lost on stage. He covered “Rebel Rebel” for David Bowie, “Take It Easy” for The Eagles’ Glenn Frey, “Dream Baby Dream” for Suicide’s Alan Vega, and “Purple Rain” for Prince. And were he on tour, he’d surely sing something by Leonard Cohen (I bet he’d do a great “Everybody Knows”).

But he’s not on tour, so instead check out the one time he did cover Cohen: way back in 1967, years before the E Street Band. He was only 18 and playing in a local New Jersey band The Castiles. Somehow he got onto Leonard early – before Cohen had even released his own version of “Suzanne,” Bruce was covering it. He probably learned it off the Judy Collins version, which came out the year before Cohen’s own.

In general, musicians championed Cohen’s songs long before anyone else did. Bob Dylan covered Cohen’s brand-new track “Hallelujah” live in 1988, years before Cale or Buckley made it famous. And judging by the date on this, Springsteen might have done one of the very first Leonard Cohen covers period. The sound quality is rough, but the fact that this is preserved at all is pretty amazing. Listen below.