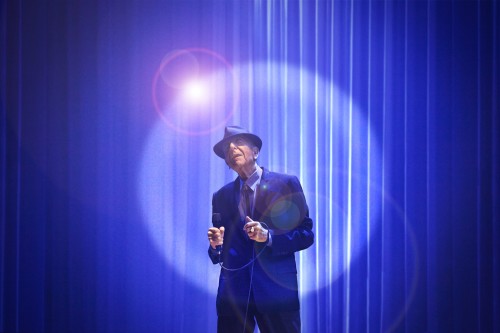 But no artist inspired more great covers than Cohen. Perhaps that is because unlike the Beatles, whose performances are hard to top, his original recordings were rarely definitive. His early albums were so barebones that one could do almost anything with this songs. Then there was the Phil Spector record, where great songs were buried under too much production. Then the ’80s came, a decade rarely kind to singer-songwriters, and Cohen’s records especially suffered from a reliance on instantly-dated production. In so many cases, Cohen’s perfect songs were presented with imperfect recordings. Hundreds of songs ripe for another artist to come along and make his or her own.

The Leonard Cohen Files lists over 3,100 covers of Cohen’s songs, and that is surely still only a fraction. And though Cohen himself was no slouch at a cover – “The Partisan” off his second album Songs From a Room is a classic, and the final song he ever performed live was a beautiful “Save the Last Dance For Me” – his gift to cover songs was in providing the most beautiful templates for others to interpret.

Where to begin paying tribute to one of the greatest gifts to cover songs of all time? We’ve already posted full-album tributes to some of his classic albums – Songs of Leonard Cohen and I’m Your Man – and songs – “Famous Blue Raincoat,” “Tower of Song” and, of course, “Hallelujah.”

Though a handful of his songs – like those three – tend to be covered a lot, throughout his career he wrote better songs than just about anyone. So we picked one song from every album he ever released to post a cover of. This still leaves a lot of holes, a lot of classic and brilliant covers we’re missing, but with Leonard Cohen covers there’s always more to discover.

One of his final songs was titled “You Got Me Singing,” but he could just as easily have titled it “I Got You Singing” for how much inspiration he gave other artists. One stanza in particular could be sung by any of the thousands of Cohen-covering artists right back to him:

Originally on Songs of Leonard Cohen, 1967

There is a tendency to cover Leonard Cohen seriously and somberly – and many such versions are excellent. But that is far from the only way to approach his songs, so rather than start with Nina Simone’s wonderful “Suzanne,” we went with this much more irreverent folk-pop cover. It’s like a Mumford and Sons strum-along anthem, catchy and perfect to holler along with, something surely Cohen never imagined.

Johnny Cash – Bird on a Wire

Originally on Songs from a Room, 1969

“Yesterday someone brought up Johnny Cash’s version of Bird On A Wire. Today I bought the record it’s on, ‘American Recordings,’ in a small import shop here in Amsterdam. I didn’t believe my ears. Only the man’s voice and guitar. I was blown away! Those are moments that I think: what am I actually doing here in this business! But if a concert hall full of people – let alone a sports stadium full of people – thinks I can sing then I can sing, isn’t that so?” – Leonard Cohen, 1994

Originally on Songs of Love and Hate, 1971

“Leonard Cohen was the first artist I discovered by myself. He is the symbol of my musical independence. The sadness of Cohen was inspiring; it gave me a lot of energy. I always remember all this when someone says that my records are morbid or depressing.” – Nick Cave, 2008
“I never got over that thrill that someone else has chosen a song [of mine] and wants to do it. I think Nick Cave’s instinct in choosing that song [Avalanche] to cover was very good because that’s just the kind of song that is made to be torn apart and I like the way he tore it apart. I like the way he went out with it.” – Leonard Cohen, 2011

Originally on New Skin for the Old Ceremony, 1974

Here’s a Cohen cover that only came out a few months ago. It reinvents a song that doesn’t get covered as much (“Chelsea Hotel #2” tends to dominate the New Skin cover versions) as a slow-burning rock gem. I expect we’ll see this again on our Best of 2016 list.

Like most of Death of a Ladies’ Man, “Paper Thin Hotel” suffers from way too much Phil Spector. But the songs were as good as ever – with the possible exception of “Don’t Go Home With Your Hard-On” (Cohen’s writing can be very funny, but it’s better when it’s dry and subtle). Here, his fellow Canadians The Heavy Blinkers save “Paper Thin Hotel” from production hell.

Look beyond the jokey name: Monsieur Camembert’s 2007 album Famous Blue Cheese: The Leonard Cohen Show is one of the best Leonard Cohen tributes out there. In a way, this live album presaged Cohen’s own 2008-2010 comeback tour, delivering beautiful folk-jazz versions of Cohen songs spanning all decades just as he himself would do a year later.

Ron Sexsmith – Heart with No Companion

Cohen’s record company famously refused to release this album, with the label head delivering the classic line, “Look, Leonard; we know you’re great, but we don’t know if you’re any good.” Cohen had the last laugh though, as it includes some of his most covered songs. Since we just wrote about The Civil Wars’ “Dance Me to the End of Love” recently and “Hallelujah” is too obvious, let’s go with Ron Sexsmith’s terrific “Heart With No Companion.”

The second post Cover Me ever did was a full-album tribute to Cohen’s album I’m Your Man, which contains many of his best songs buried under super-glossy ’80s production. Luckily most of those songs have been covered many times over, including some on a tribute album that came three years later, similarly titled I’m Your Fan. Few tribute albums have been more influential than this, bringing Leonard Cohen’s music to the cool kids, with everyone from the Pixies to R.E.M. to John Cale, who started the whole wave of “Hallelujah” covers.

Originally on The Future, 1992

Though it sold well in his native Canada, The Future was not thought of as one of Cohen’s classic albums. He may have disagreed though, judging from how many of its songs became regular parts of his setlists in that long final tour. Status Quo did a good version of “Democracy” on a single (especially relevant right now), but for our money nothing beats Slow Dazzle’s “Anthem.”

Like a number of Cohen songs, this was a poem well before it was a song. It’s also one of his more-covered songs of the 2000s, including a version by Judy Collins, whose early covers of Leonard helped give him a career. Even better is Jackson Browne’s live version.

Dear Heather was a little scattered, with Canada’s greatest living poet borrowing words from Lord Byron and F.R. Scott and including a cover of “Tennessee Waltz” he’d recorded live thirty years earlier. The production was DIY, and not in a good way – mostly in the sense of cheap-sounding keyboards. But as always, it offered gems for others to mine, like this obscure song covered in German on a recent tribute album.

Zaki Ibrahim – Show Me the Place

The most-covered song so far from his recent run of masterpieces, “Show Me the Place” earned a fantastic reinvention earlier this year by Zaki Ibrahim. Another contender for our year-end list next month.

Amanda Palmer – You Got Me Singing

Amanda Palmer recorded a covers album with her father earlier this year, bonding over shared music. And their most shared artist was Leonard Cohen, as the two had covered other songs of his together live over the years. Jack Palmer has clearly been keeping up on Leonard’s latest, as he suggested this beautiful 2014 song that became the title track to their album.

Originally on You Want It Darker, 2016

I expect Cohen’s newest album to generate its fair share of covers (“Treaty” in particular holds enormous potential), but since it’s only a month old, pickings are slim. The best so far is YouTuber Kenneth Widra finding his way into a song he can’t have listened to more than once or twice, given how fast he posted this after the album started streaming. We’ll surely see many “Hallelujah” tributes in the days and weeks to come, but hopefully some artists will dig deeper to explore songs like this.

You have all of Leonard Cohen’s albums right? If not, this box set will get you started.

One Response to “In Memoriam: Leonard Cohen”