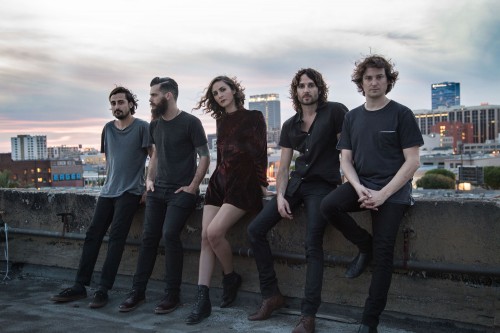 When Jordan Wiggins first heard musician Holland Belle, he likened her voice to Mazzy Star’s Hope Sandoval. One listen to their new dream-pop band Nightjacket confirms his comparison was dead-on. Spacey and ethereal, Nightjacket’s music could soundtrack any number of cerebral David Lynch scenes – which makes their new cover song choice a perfect fit. Echo and the Bunnymen’s “The Killing Moon” is pretty dreamy as is, but Nightjacket emphasizes the track’s washed-out glamour on a beautiful new cover.

“It’s a song we’d been playing live so it felt natural to record it while working on our new record,” they wrote to us. “It kind of mutated over time as songs always do, growing into this concept that we’re following Holland through a dark underworld. New horrors and fears lurk around every corner as the song progresses, culminating in this wild, sensual clusterfuck of an ending.”

Listen to Nightjacket’s “The Killing Moon” exclusively below.

Check out more Nightjacket at Bandcamp or Facebook. Photo by Devin Pedde.