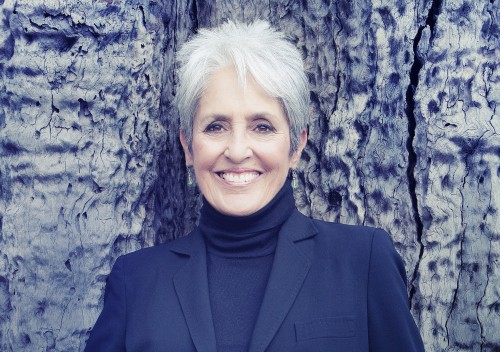 Over the course of a career now in its sixth decade, Joan Baez has always had her ear to the ground for younger voices. She famously introduced a little-known songwriter named Bob Dylan to her already big audiences, and has continued to seek out newer songwriters ever since. On her most recent albums, she’s covered songs by Josh Ritter and Thea Gilmore. And now, on her current tour, she’s been covering the Antony and the Johnsons song “Another World.”

“This song is as beautiful and deep as it is dark,” Baez said in one concert. “My response is not knowing whether to weep or just float with it, but it’s pretty real.” Anohni (formerly known as Antony) wrote on Facebook, “I just heard this and it is killing me. My heart is just breaking.” Watch it below (starts at 31:20).