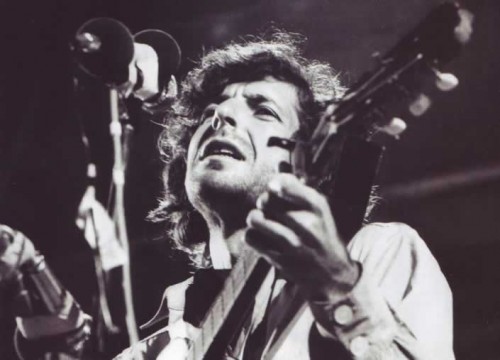 On Friday, we posted our tribute to Leonard Cohen, calling him maybe the greatest gift to cover songs ever. Many musicians agreed over the weekend, covering his songs across the world in live shows. We’ve rounded up a bunch below, from Coldplay, Norah Jones, Okkervil River, The Avett Brothers, Car Seat Headrest, and more.

The biggest surprise: Not many people picked the most obvious choice, “Hallelujah.” It seemed so perfect that I saw at least one person on Twitter begging musicians to pick something – anything – else to cover, and they listened. I figured it would dominate even more than “Purple Rain” did when Prince died, but perhaps many felt intimidated by the iconic Jeff Buckley and John Cale versions. It also might seem a daunting song to really sell, particularly if you just learned it in the tour bus (one of the only bands who did cover it: Styx).

So instead, we saw covers from throughout his catalog, and from some unexpected artists (who saw the Red Hot Chili Peppers being big Leonard Cohen fans?). Watch a whole bunch below.

If we missed any and there’s video or audio of it, let us know in the comments!