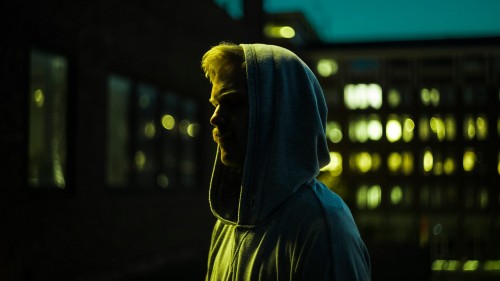 Later this year, we’ll be posting our year-end lists. One category we don’t include is “Best New Cover Performer” – but if we did, The Land Below would be a shoe-in. We’ve already heard him beautifully cover Slipknot, Alanis Morisette, and Eagle-Eye Cherry (how’s that for a diverse source list?). Now he’s back with another unexpected pick, Moby’s “Porcelain.” Less unexpected: he does a fantastic job, once again.

“I chose Porcelain because it made a huge impact on me when it first came out,” The Land Below’s Erik Lindestad tells us. “I remember watching the MTV reports from the Roskilde Festival in Denmark when nine people in audience died during a Pearl Jam concert. They had chosen Porcelain to play in the segment as they showed pictures from the aftermath and that feeling stuck with me as I listened to the song and it still does. It’s such a beautiful song.”

Listen to The Land Below’s “Porcelain” below.

And to make sure we’re up to date, here are the rest of his covers we haven’t posted before, of Skunk Anansie’ s “Weak”, Lower Dens’ “Odine,” and The Presets’ “This Boy’s In Love.” He has yet to release a dud.

Check out more from The Land Below, including his original tracks, on Soundcloud.