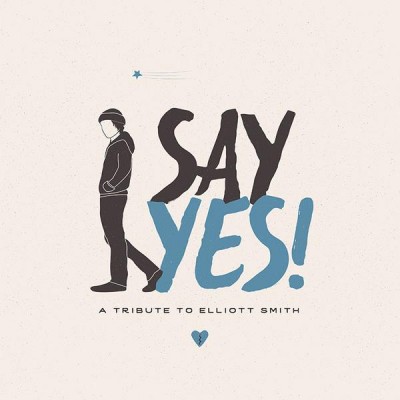 When Elliott Smith was alive, nobody covered his music. He covered a lot of musicians himself, but whether it was considered sacrilegious to cover his songs or there was a lack of interest, it’s hard to say. I know, because after finally getting on the Elliott bandwagon after hearing “Waltz #2” on MTV in the late ’90s, I was hooked, and searched Napster in vain for cover songs of his work. The drought of Elliott Smith covers outlasted Napster (or at least the first incarnation), but now both are reborn again.

As a cover fan AND a Smith fan, it’s often a road of sorrows. I’ve written about Elliott Smith before, of course, and that’s because there’s way more attention paid to him post-mortem, and thus more covers are recorded of his music. The drawback is that while I’m all for artists repurposing songs to their own liking, there is so much nuance in Smith’s output that many cover songs sound like the stereotypical photocopy of a photocopy: all of the emotion and heart is lost. However, that’s changed for the better over the years, and now culminates in the fantastic compilation Say Yes! A Tribute to Elliott Smith (American Laundromat Records).

I’ll  have to say right out of the gate that my favorite take has to be Julianna Hatfield’s in-sync, poppy version of “Needle in the Hay.” Taken from I Saved Latin! A Tribute to Wes Anderson, which we reviewed a couple years ago, Hatfield races around the kitchen cooking up a variety of sounds. The soup base of the song is there, succinct and tasting very, very Elliott. But it’s the throwing of dashes of various keyboard sounds that ends up spicing up this dish into a gourmet cover that just jumps off the menu.

One of the biggest surprises on Say Yes! is Amanda Palmer’s cover of Either/Or‘s “Pictures of Me.” Certainly one doesn’t expect that the flamboyant Palmer would immerse herself in the character of Smith so completely, yet it may be the most reverent take. Given the love shown by all of these musicians, that’s high compliment, and definitely one of the best tracks here. Taking that into account, handcuffing it to J Mascis’s grungy take on “Waltz #2” is sequencing genius. Smith came from the Northwest, and so did grunge, so the Dinosaur, Jr. frontman is perfectly at home blowing up the basement. It’s a cover that would be not be out of place on the gloriously noisy From a Basement on a Hill, Elliott’s last recorded album.

All of the ranges of Smith are mostly here: electric melancholy (Julien Baker); harmoniously Beatlesque (Tomo Nakayama); Simon & Garfunkelish (Wild Sun). Lou Barlow, friend of Smith x10, captures the loneliness of “Division Day” while propelling it into fully into a Sebedoah song. And it just goes on and on.

But once you feel you are set into a lonely groove, along comes Jesu and Sun Kil Moon’s cover of “Condor Avenue” that segues into the dirge of Waxahatchee’s cover of “Angeles.” These covers don’t work for me, with the former being a bit too hipster, and the latter sounding like your little brother playing the 45 RPM record on 33 speed. You, or course, are free to decide for yourself, but for me, it kills this history.

To sum up, this 15-track album would make a tighter 11- or 12-track album, which in the age of digital playlists you can very well can do yourself. But still, there’s a lot of gold to mine here. Say Yes! is one tribute album that’s well worth a listen.

Say Yes! is available from Amazon or directly from American Laundromat Records.