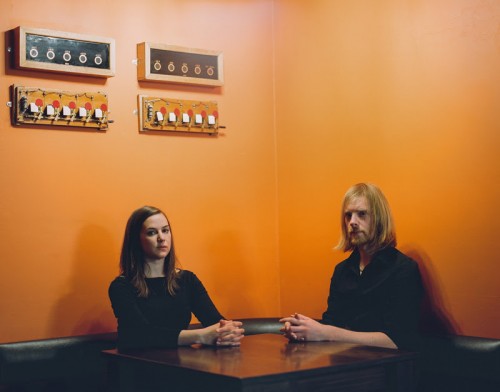 More people should be covering songs off Gillian Welch’s 2011 album The Harrow & the Harvest. We named Night Beds’ take on “The Way the Whole Thing Ends” one of The Best Cover Songs of 2014, and Josienne Clarke & Ben Walker’s new version of “Dark Turn of the Mind” might end up on this year’s list.

The British duo of Clarke on vocals and Walker on guitar have been performing together since 2009, but only recently gained wider attention by winning Best Duo at the BBC’s Folk Awards last year. Their new album Overnight – their first released outside of Britain, on Rough Trade Records – includes two covers, their gorgeous Gillian Welch and an equally beautiful take on the traditional English ballad “Weep You No More Sad Fountains.” Listen to both below.