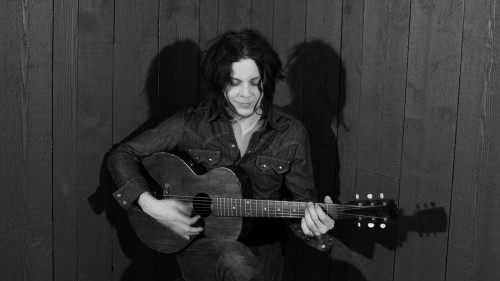 This past weekend, Chris Thile of Cover Me-favorites Nickel Creek hosted his first Prairie Home Companion after Garrison Keillor stepped down. There’s been a lot of speculation over whether fans of Lake Wobegon and “Beebopareebop Rhubarb Pie” will stick around with Keillor gone, so Thile brought out the big guns for his debut, booking Jack White for his first-ever appearance. White sang solo material, Raconteurs, and White Stripes songs in new acoustic arrangements (one with his Third Man labelmate Margo Price) and even played a new cover, of Bobby Bare‘s 1969 country hit “(Margie’s At) The Lincoln Park Inn.”

Accompanied by fiddle, upright bass, and steel guitar, White’s version of the Tom T. Hall-penned gem stays squarely in the country lane – this is not a remake where he’s busting out a fiery guitar solo. But it gives him the opportunity to show off his most tender singing voice, in a quiet theater setting where it works well. Here’s hoping Thile can keep booking guests like White.