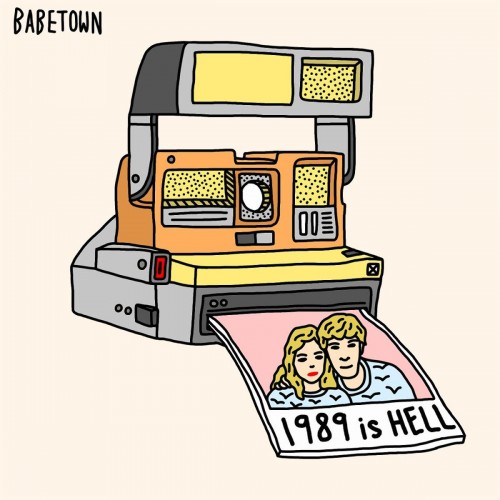 Last year, Ryan Adams shocked the music world with his earnest track-for-track cover of Taylor Swift’s 1989. Initially, news of the album was assumed to be either a joke or purely inspired by irony, but the finished product was strong enough to land a spot on our favorite cover albums of 2015. Swift responded favorably to Adams’ tribute, but as far as we know she hasn’t gone into the studio to cover any of his songs.

Enter Jessica Leibowitz and Danny Ross, a Brooklyn couple recording under the name Babetown. With Leibowitz contributing the peppy vocals and Ross producing the solid dance tracks, Babetown put together a tribute to Adams’ 2004 album Love is Hell, under the title 1989 is Hell. The idea is to cover Ryan Adams songs in the style of Taylor Swift. The whole album definitely captures the pop sensibilities of a Swift album, and you’ll quickly find yourself tapping your foot to covers of some of the saddest songs in Adams’ backlog, including “This House is Not for Sale,” “I See Monsters,” and “Please Do Not Let Me Go.” The concept is genius, and it’s matched by the execution, as there are some gems to be found here. Stream the full album below.

Check out more from Babetown at their Facebook page.