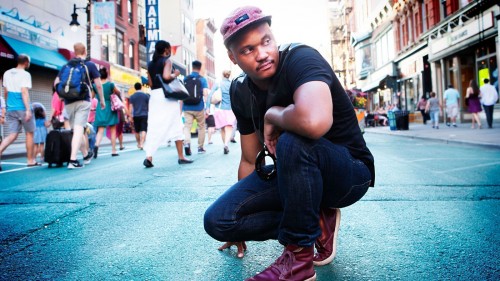 Reviews of Son Little’s music tend to note all the genres he covers. He’s been compared to Marvin Gaye and to Tom Waits – in the same article. Though he certainly has a soulful voice, there’s a lot more to this former Roots collaborator than the limiting label “neo-soul” might encompass. And his wide tastes is showcased in the songs he’s picked to cover recently, from Drake to Led Zeppelin to, most recently, Bruce Springsteen.

His new cover of Springsteen’s stark Nebraska ballad “State Trooper” builds off the original’s haunting guitar line, giving it the slowest of builds until a distorted climax. He doesn’t write any description to accompany the cover, but from the song choice one wonders if the recent police shootings are on his mind. Listen to it below, as well as his recent covers of Drake’s “Hotline Bling” and Led Zeppelin’s “Trampled Under Foot”.