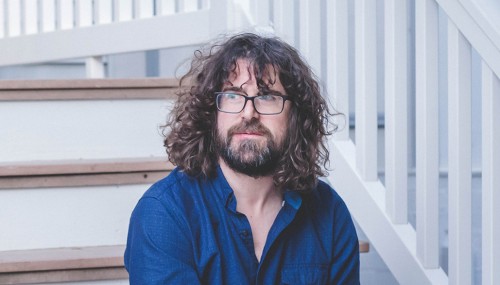 But despite all that, Barlow delivers a beautiful acoustic version that rescues the song from the cliche it has sometimes become. Accompanying himself on acoustic guitar with maybe a mandolin accompanying him (hard to tell given the audio), what at first appears to be a tossed-off lark actually turns into a moving and compellingly beautiful performance. And his kid’s cute too. Listen below.