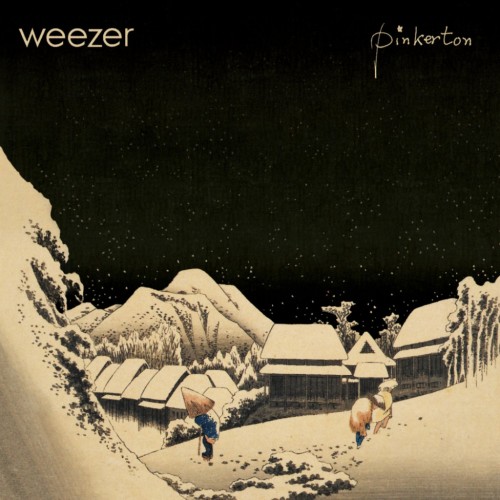 At this point, the story of Pinkerton is almost as famous as the music on it. After a huge college radio hit with their debut, Rivers Cuomo and co. followed it up with this “difficult” second album. It’s more personal, confessional, weird, and divisive. Cuomo was so hurt by the album’s initial rejection by fans and critics that, to some interpretations, he turned to attempting radio-friendly crowd-pleasers and, as a result, has never made another masterpiece (though if you stopped following Weezer in their “featuring Lil Wayne” era, know that their two most recent LPs are a major return to form).

Now, of course, Pinkerton may be even more influential than the much better-selling Blue Album. It almost single-handedly spawned the genre of emo, for one. Would Dashboard Confessional have existed without Pinkerton (even Dashboard themselves aren’t sure)? So to celebrate Weezer’s sophomore non-slump, we rounded up the best cover of every track. There’s some emo, to be sure, but also Americana, cabaret, and all sorts of unexpected other covers that prove these songs work in any genre.

Tegan and Sara – Tired of Sex

In 2008, Tegan and Sara’s touring band included original Weezer bassist Matt Sharp. They took advantage of that to regularly bust out a song he recorded with the band for Pinkerton, the gloriously angsty “Tired of Sex” – proof that Rivers Cuomo does in fact have a sense of humor. (Honorable mention: last year Ray Toro of My Chemical Romance did a really nice pop-orchestral version).

In 2012, Engine Room Records released the only Pinkerton tribute album we’ve seen, and it’s pretty solid. The big name to us was Jenny Owen Young, who a decade ago released the best “Hot In Herre” cover of all time. Her Weezer cover is more faithful than her Nelly cover – it couldn’t well be less – but it still holds together well.

There’s a whole lullaby tribute album to Weezer, but if you’re looking for that sort of vibe, we prefer this cover. It’s mellow and slow and pretty enough for parents and infants alike.

Another great slow-burning cover of a fast song. Here, singer-songwriter fits. (aka Samuel L. Clarke of Salt Lake City) strips it way, way down, barely even playing the acoustic guitar he’s holding. There are a million lo-fi covers of these songs on the web; this is the rare one worth listening to.

Drew Danburry – Across the Sea

Since the great Americana Weezer tribute album does not exist yet (get on it, people!), we’ll have to satisfy ourselves with Drew Danburry’s slide-guitar-and-fiddle version of “Across the Sea.”

Bigger names have covered this song, but our favorite is this French-cabaret take on Soundcloud. Ukulele and tambourine make it sound a little like Nouvelle Vague with way less production budget.

The student becomes the master, or something like that. Credit Dashboard Confessional’s Chris Carrabba for wearing his influences, like his emotions, on his sleeve: he’s covered at least three Weezer songs over the years, including one super-deep cut. And despite his love for the band, his covers aren’t always overly reverential. He strips “El Scorcho” down to an acoustic guitar and some shimmering synths. (Honorable mention: short-lived tribute band Sheezer made a beautiful outdoor acoustic video).

Two-thirds of the great Nickel Creek, the Watkins siblings released one of the best cover albums of 2015. It might have been even better had they recorded this beautiful guitar-and-fiddle take on “Pink Triangle.” Until they do, this live video will have to suffice.

hoots & hellmouth – Falling for You

One of the highlights off that Pinkerton tribute album, Philly quartet hoots & houndmouth bring mandolin and soulful electric keyboard to a smooth “Falling for You” that’s hard not to fall for.

Finally, we’ll end with another emo band heavily indebted to Pinkerton. At least the Ataris were Pinkerton devotees before it became cool to be, turning around this acoustic cover fast for their 1997 CD Anywhere But Here as a hidden bonus track (speaking of the ’90s…).

You don’t own Weezer’s original ‘Pinkerton’? Wish it a happy 20th birthday by rectifying that at Amazon.