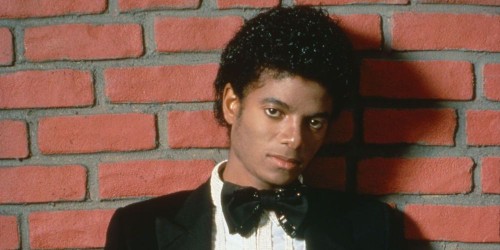 Michael Jackson released his Off the Wall album the month he turned 21, and nothing showed his artistic maturation like the opening track and lead single, “Don’t Stop ‘Til You Get Enough.” Penned solely by Jackson, it marked the first time he used his falsetto and the squeals and yelps that soon became identified with him. It got him his first solo number one hit in seven years, succeeding 1972’s “Ben,” and it was a very long way from singing about a pet rat to the love and sensations of the Force (featured in arguably one of the most misheard lyrics in 20th century music). Most importantly, the revelation of his talent(s) prompted an instant reevaluation of his stature as an artist. Michael Jackson had arrived; the public couldn’t get enough, and he wasn’t stopping.

There are many covers of “Don’t Stop ‘Til You Get Enough”; it has a liveliness that outlived discos and survives cross-genre interpretations. You don’t have to play dance music to make a quality cover of the song – but don’t be surprised if that cover makes you want to dance.

Shivaree – Don’t Stop ‘Til You Get Enough (Michael Jackson cover)

Shortly before their breakup, the band Shivaree released the cover album Tainted Love: Mating Calls and Fight Songs. What first appeared to be a contract-fulfilling collection turned darker on closer examination; as an Amazon reviewer pointed out, the original artists, from Lead Belly to R. Kelly, had sexual skeletons pulled from their closet and shared with the world. Tainted love, indeed. Shivaree’s cover of “Don’t Stop ‘Til You Get Enough” has only the chorus lyrics, helping to make the song emptier and more haunting than it had ever been before.

Melissa Ellen’s 2004 cover album Forward Into the Past (no relation to the Firesign Theater) gives the smooth jazz / R&B treatment to acts from Kansas to the Cars. Her take on “Don’t Stop ‘Til You Get Enough” takes it from dance floor to nightclub; the levels of intensity may change, but the song’s quality doesn’t.

Can “Don’t Stop ‘Til You Get Enough” possibly be considered alt-country? It can if Robbie Fulks is behind it. Here’s a guy who can release a tribute album to Johnny Paycheck, then follow it with a tribute album to Michael Jackson, and touch neither one with a hint of irony. “Why not push the envelope and see what you are capable of doing rather than recycle the same old ideas over and over again?” he said in one interview. Here he pushes “Don’t Stop” into newgrass territory.

There are a number of chill cover compilations available that compile pleasant, soothing versions of the hit songs of yesterday and today. Vintage Chic 100 is one of them, making CCR, Black Sabbath, Duran Duran, and more safe for the coffeehouse of your choice. Here, Alanah Woods and Sixth Finger combine to make “Don’t Stop ‘Til You Get Enough” music to doze by.

From the wilds of Wichita, Kansas, the Embarrassment became underground-cult faves in the early ’80s for their edgy indie-rock sound (“blister pop,” they called it), winning high praise from rock critics and not enough others. Their live cover of “Don’t Stop” changes it from Steve McQueen’s glider catching updrafts and soaring in Thomas Crown Affair to Steve McQueen’s Mustang catching air and flooring it in Bullitt .

It may not be called “Don’t Stop ‘Til You Get Enough,” but that’s what it is, in instrumental form, as played by Columbia’s Los Miticos Del Ritmo (“The Mystics of Rhythm”). The sound has changed from disco/funk to cumbia, but no matter the language, it still makes you want to dance.

The original “Don’t Stop ‘Til You Get Enough” can be found on Amazon.