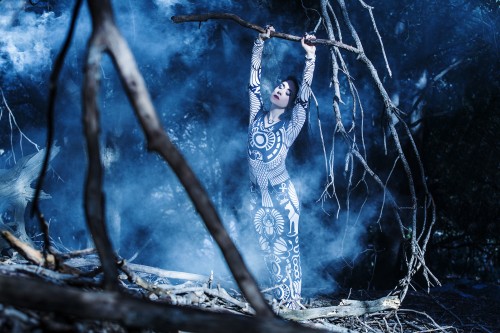 When Nina Pearson first wrote “Lovefool,” for her band the Cardigans, she imagined it with a “slow bossa nova feel.” Sometime between then and it becoming a massive radio hit, the tempo was upped and it was given a pop-rock sheen. But the lyrics remain deeply depressing, putting it in that “Dancing in the Dark” category – bleak lyrics atop a buoyant beat. But on her heartbreaking new cover, California singer Roniit performs it closer to what Pearson first intended. It’s not bossa nova, but it’s definitely slow, sad music fitting the sadder words.

“Last year I quit my job, my life, packed my things into storage and left my small apartment in Burbank to head back home to Colorado,” Roniit wrote with the video. “I didn’t know what I was going to do with myself, I was feeling heartbroken and terrified. I stopped for some food in Salt Lake City and The Cardigans ‘Lovefool’ came on in the restaurant. It filled me with so much nostalgia as I loved to sing this song when I was just 6 years old. At 6 this song felt so fun and lighthearted, but at 26 I really heard the lyrics for the first time. It’s a damn tragedy; this poor girl just wants to be loved and the guy doesn’t give a shit. I’ve been there, and it hurts, it really hurts. So I decided I must cover this song and give it the emotion that the lyrics command.”

With little more than a piano and some layered vocals, Roniit’s cover is heartbreaking and majestic. She’s not the first person to slow this song down – The Morning Benders did a good cover too – but she may be the best. Moreover, it’s accompanied by a candles-and-skulls video just this side of gothic. Check it out below.