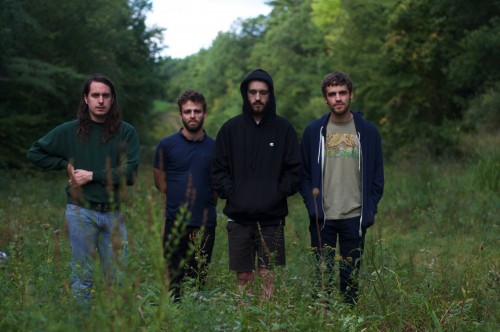 Whatever Disintegration means to certain people, Home, Like Noplace Is There is my own keepsake for when I want to hide away from the world. Neither band, The Cure and The Hotelier respectively, sounds much alike, yet when I listen to either band and I close my eyes with my headphones on or drive on some Midwest highway I feel outside myself. Both paint colorful dreams of sound, one of swirling lullaby blue and lipstick red and the other calm, natural forest green. Both turn guitars into voices, one gentle and moody and the other loud and unabashed, celebrating the urgent, exaggerated emotions we always want life to encompass for all its joy and dread (shouldn’t life always sound so perverse and beautiful?). As it is with the best music, they both trick me into feeling alive, which is the most stunning thing.

If you haven’t figured it out already, I love these bands. I have no idea how much The Hotelier was influenced by The Cure, but one paying tribute to another is a worthy celebration. And now it’s happened.

Recently, Pitchfork reported that the band covered The Cure’s “Doing the Unstuck” for the upcoming tribute album Love Cats: A Tribute to the Cure, out May 13 on Reimagine Music, a covers-only label that has paid lovingly unusual tributes to Bob Dylan, Jack Kerouac, Uncle Tupelo, and more. The track first appeared on 1992’s also excellent Wish. This is obviously a Cure-sounding song, but the Hotelier inject their own personality into the track so easily that this could also work as one of their own B-sides.

Listen below, and then go to your nearest record store, buy Disintegration and Home, Like Noplace Is There on CD, and drive long and hard into that setting sun.

Photo by Kylie Shaffer. The Hotelier’s Goodness comes out May 27 on Tiny Engines. Check out more of the band here.