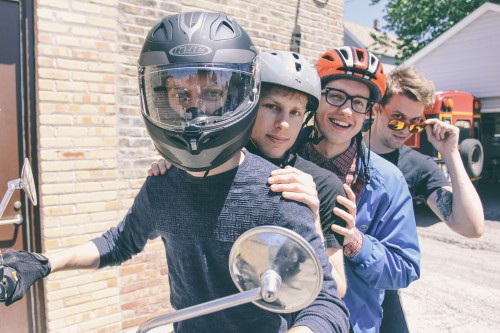 Yesterday we posted The Hotelier covering “Doing the Unstuck” from a new Cure tribute album, and today we have a premiere from it. It’s Chicago indie-emo band Dowsing, bringing their aggression and energy to the Cure’s “Push.”

“Push” originally hails from 1985’s The Head in the Door, the album that started to see the Cure breaking through internationally after five previous records. The original offers sharp guitar hooks and lush production and is a relative deep cut (it was never destined to be a single with the first half being instrumental). There’s nothing lush about Dowsing’s cover though, with turns it into a straight-ahead rocker. Listen exclusively below.

Preorder ‘Love Cats: A Tribute to the Cure’ at Reimagine Music. It comes out tomorrow.