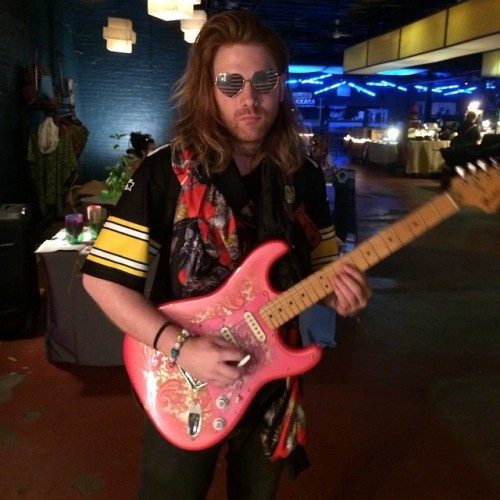 Recently, Dom covered one of Elvis Presley’s most covered songs, “Can’t Help Falling in Love”.  I asked him why he chose to cover that song and he replied that he “just felt what the king was selling only in a more desperate way.”

The music is simple on the track.  I don’t mean that in a derogatory way.  I just mean that such a song does not need a lot of production value because the lyrics speak louder than any music could. The music video – complete with a human skull and pulsing psychedelic colors – seems like an odd combination at first, until you see how it represents the “stripped down” feeling of this cover.