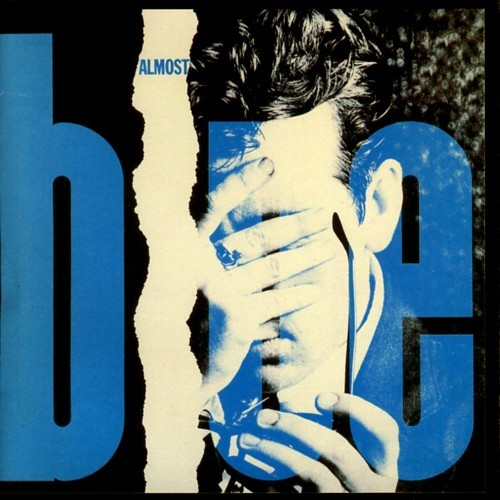 Some of us were just a wee bit old for punk. Hell, yes, of course we said we liked it at the time. Probably actually did, in truth, but with a throw back crossed-fingers of restraint, without the hard-core readiness to burn all before ’74. (OK, year zero was ’75, but scans less well, and what’s a year in the 40 [forty!] years since?) So my generation, teens in the age of prog, took to Elvis C., knowing he was one of us really, outwith the bombast and wardrobe design. And we knew he had heard the records we held dear, and more. At times he seemed he knew more records than anyone, ever, given the sometime less than subtle steals from ’60s rock and soul, something he honestly admitted to in his largely entertaining autobiography, Unfaithful Music. At 15 I was a twin aficionado of folk-rock and country-rock, desperate to make sure the hyphen-rock was included, terrified of being mistaken for a finger-in-ear folkie, or rhinestoned “and western.” I’d had a whiff of Elvis’ love for the latter – he had name-checked my poster boy Gram Parsons in interviews, and a couple country weepers showed up on the odds ‘n’ sods cassette-only Ten Bloody Marys and Ten How’s Your Fathers (released as Taking Liberties in the US). So it was both delight and affirmation when, in 1981, he issued Almost Blue, both his first album of all covers and his first album produced by other than Nick Lowe. I was in heaven, knowing the nay-sayers to my arcane listening were wrong, and I play the record a lot to this day.

It was a difficult record to make. Costello wanted the full Nashville, and Billy Sherrill, legendary if somewhat thirsty producer of Tammy Wynette and George Jones (even co-writing “Stand By Your Man” for the former), was hired. Expressing suspicion for the “punks” from England, he made sure some of his tropes – sweeping strings, choir-led chorales, etc. – remained in place. Given many or the songs were from the repertoire of artistes encompassing his countrypolitan stylizations, perhaps hindsight renders him right. At the time it seemed the only sore thumb about the exercise, redolent of shaky black and white footage of Grand Ole Opry, big hair and bigger teeth, and so automatically anathema to me. But it was otherwise the Attractions at full pelt, songs played slightly faster than strictly necessary, flourishes of Steve Nieve’s keyboards all over the shop, underpinned by the solid bass and explosive drums of the unrelated Thomases, Bruce and Pete. To allow for the essentiality of pedal steel, John McFee, erstwhile of Clover, who had backed Costello on My Aim is True, was co-opted. All topped with Elvis’s unmistakable sneer, for the first time exhibiting some pathos rather than merely contempt.

Picking from a scholarly text-book of the greats, songs were cherry-picked from the works of Hank Williams, Don Gibson, Merle Haggard and George Jones, with two Jones’ writes as well as the ethereal standout track, still a staple in his Costello’s live show, the big hit single from the project, “It’s Been a Good Year for the Roses.” Jones, of course, had already duetted with Costello on CMTV, perhaps a reason why Sherrill had accepted the challenge. Plus a couple of Parson’s Burrito Brothers songs to placate those, in the words of the liner notes: “WARNING: This album contains country & western music and may cause offence to narrow minded listeners.”

Country, with or without western, drifts in and out of crossover popularity as times change. I am uncertain if it is in now or out, but there seems now a far wider acceptance, outside hat-wearing line dancers, as to the legacy and worth of these songs and these songwriters and singers. Hank Williams is celebrated as never in his lifetime and George Jones has been deemed cool (well, cool-ish). Haggard is revered and the Burritos are surely due yet another rediscovery. Some of this is in no small part to Almost Blue – proof positive this was no vanity project.

Elvis Costello & the Attractions – Why Don’t You Love Me (Like You Used to Do)? (Hank Williams cover)

The opening track, Hank Williams’ “Why Don’t You Love Me (Like You Used to Do)?”, helter-skelters straight into the mainline; ninety-nine seconds of indignant accusation, raw, simple and largely unembellished. Costello shouts the accusation and departs, unable to wait for explanation. A masterful understanding of winning the case by ignoring the defense.

The immersion in a bottle is always a staple of country weepies, and exists in all genres. Costello takes Merle Haggard’s “Tonight the Bottle Let Me Down” and plays it straight, his vocal a matter of the fact many of us draw from our own experience.

Elvis Costello & the Attractions – How Much I Lied (Gram Parsons cover)

After the binge follows, inevitably, the regret. This album closer is a consummate song of same, a perfect finale to the exercise, Nieve’s piano perfect, a metronomic click track to allow the rehearsed apologies to flow, as the delivery cracks in near failure. Needle off and back to side one.

Since the original release, as is his way, Costello has released and re-released the record, adding 2nd discs and more of additional material. Whilst welcome to give an understanding of his influences and thought processes, unnecessary, the original in its simplicity and brevity being enough. Like a good country song, hang the evidence and explanation.

Almost Blue is available from Amazon. Read Elvis’s liner notes about the album on his website.