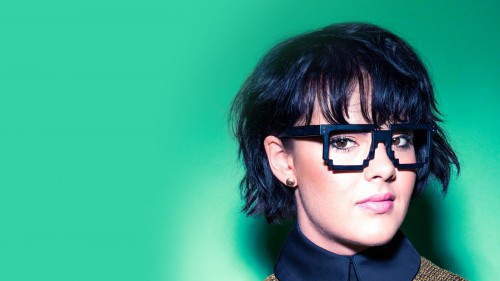 “Bones sinking like stones, all that we fought for,” laments Chris Martin, as mellow guitar and drum lines sweep over, captivating the listener and softening them up for the emotional punch that is the chorus. Straight off the album that launched Coldplay into the legendary status they have now, “Don’t Panic” is a somber, depressing tune which leaves you sitting quietly in awe as you find yourself clicking repeat.

And somehow, 18 year old Claire Rachel Wilkinson manages to match that hopeless atmosphere whilst injecting it with her own personal touches, leaving behind a dark and gloomy piece worthy of the equally dark and gloomy X-men: Apocalypse trailer in which it was featured.

Clairity, as she’s known, takes on the tune, giving it a more symphonic twist: mellow strings, a lonely piano and angelic humming accompany the Tennessee singer songwriter’s own gentle vocals before aggressive battle-drum poundings take over, after which the song returns to its somber roots and ends with a single piano note.

The cover, reminiscent of Lorde’s take on Tears for Fears’ “Everybody Wants To Rule The World”, is not the first and certainly not the last in the vein of dark covers featured in cinematic trailers – with notable ones such as Karen O and Trent Reznor’s take on Led Zeppelin’s “Immigrant Song” for The Girl With The Dragoon Tattoo, and several tunes off the Sucker Punch soundtrack. If one thing’s for sure, it’s that trailers will continue to dole out memorable cover songs for a while – and I’m totally fine with that.

Listen to Clairity down below.

Check out more from Clairity here.