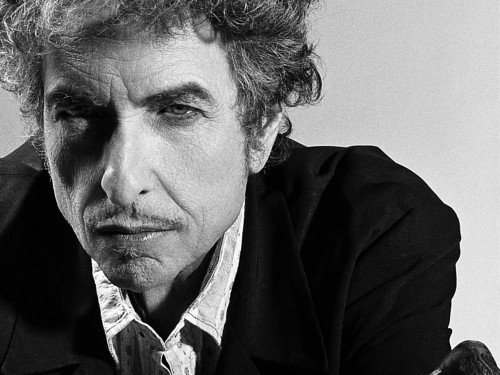 Bob Dylan has many talents. Singing is not one of them. I’m not talking about his ability to convey emotion and make you feel the feels through the melodic pronunciation of words, because he does that better than anyone else. I’m talking about how Dylan’s voice literally sounds like a crying llama massaging a cactus with sandpaper. It’s not very good.

But last year, rock ‘n’ roll’s greatest troll released Shadows in the Night, and his voice sounded as smooth and clear as his better-than-expected Frank Sinatra covers. It helped that he had one of his tightest bands backing him up and setting him up in a moonlight atmosphere that would have made Ol’ Blue Eyes proud, even if he didn’t like Dylan’s music.

Dylan’s got another Sinatra covers album coming out next month called Fallen Angels, and the first single, “Melancholy Mood,” finds Dylan back in the smoky nightclub vibe with his voice as strong as it’s ever been. I’m still waiting for the next Chronicles book, but this will do for now.

Below you can listen to “Melancholy Mood,” along with three other Sinatra covers, off an EP being released for Record Store Day that was previously only available from his Japanese tour. The other three covers – “All Or Nothing At All,” “Come Rain or Come Shine,” and “That Old Black Magic” – will also be featured on Fallen Angels.

Hear our roundup of every time Bob has covered Frank over the years here, then check out more of Bob Dylan’s greatness here.

One Response to “Bob Dylan Does Sinatra (Again) with Four New Covers, And They’re Excellent (Again)”