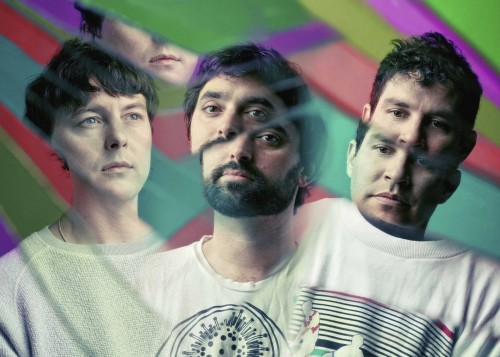 “Jimmy Mack” by Martha Reeves and the Vandellas is a Motown classic, upbeat and insanely catchy. Not that you’d know it from the new cover by Animal Collective, who, it will not surprise anyone who knows them to learn, have changed the song radically. They’ve been performing it on their current tour, and finally laid down a studio version a few days ago at the KCRW Morning Becomes Eclectic session.

With the three core members Panda Bear, Geologist, and Avey Tare arrayed behind an arsenal of keyboards, computers, and programmers (plus touring addition Jeremy Hyman playing some pretty killer drum lines), they add a ton of reverb for a propulsive, haunted cover. With Panda Bear’s beautiful harmonies and the occasional shriek from Avey Tare, the song’s soul shines through the layers of production. Watch video of the performance below, via KCRW (“Jimmy Mack” starts a little before the 27-minute mark)