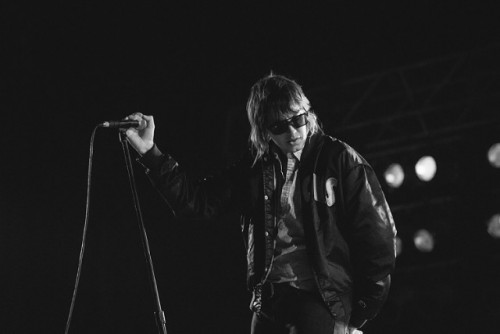 New York City nostalgia sucks. The new HBO show Vinyl sucks, that friend of yours who keeps telling you New York was better in the ’70s sucks, and every Brooklyn band attempting to make NYC sound “great” again sucks. Everything sucks. Except the Strokes, the only band able to turn NYC nostalgia into genuine modern rock ‘n’ roll, in this case by covering the Velvet Underground. How did the Strokes do it? Simple, they stole as much from Television as they did the from Velvets, which explains the more melodic guitar leads and actual use of bass (just kidding, I love you John Cale and Doug Yule). It helped too that Julian Casablancas was an actual New Yorker who could sing Lou Reed’s words seriously and not seem silly.

So good news everyone: Julian Casablancas covering the Velvet’s “Run Run Run” for the Vinyl soundtrack doesn’t sound as lame as the nostalgia funding it. In fact it’s great. It’s got sawdust guitars plowing through Casablancas’ distorted vocals doing a rich man’s Reed while the ghost of Moe Tucker keeps that simple, driving beat. Considering that Casablancas’ solo career has become a mixed bag of styles lately, he does the song justice by staying true to the original song’s grit and boogie-woogie groove. And that guitar solo! It makes me want to watch Vinyl (no it doesn’t).