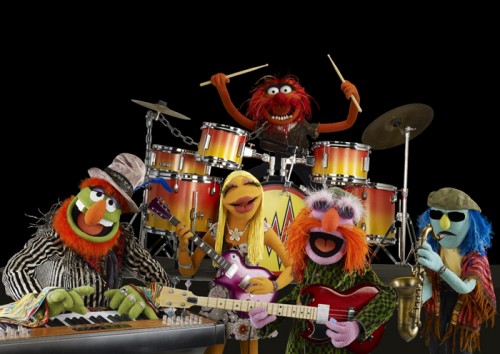 The Electric Mayhem has been The Muppets house band since the early years of The Muppet Show.  The band has always been led by vocalist/keyboardist Dr. Teeth (“golden teeth and golden tones”) supported by Janice on lead guitar, Floyd Pepper on bass, saxophonist Zoot, and, of course, Animal on drums. In the past, The Electric Mayhem has covered quite a few songs (their version of “Little Saint Nick” rivals the Beach Boys).  Most recently they covered Kool & The Gang’s funk classic “Jungle Boogie” and now they take on Paul Simon’s 1973 hit, “Kodachrome” for their new ABC show.

With the help of fellow Muppets posing for “Kodachrome” pictures, the video is fun to watch.  Or as Dr. Teeth would say it, “It’s absotively posilutely copacetic.”