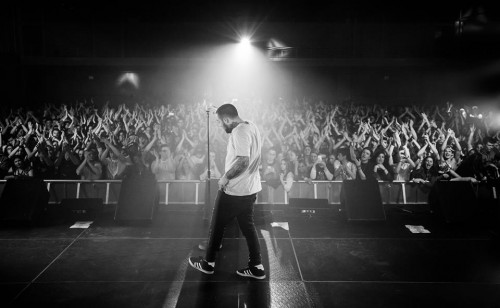 It is nothing like the original, and yet, that is what caused me to listen to it multiple times. I’m not sure I am ready to say I like it better than Joel’s, but I do appreciate Mac’s take on it. As for Mr. Miller, he is a self-taught drummer, guitarist, bassist and pianist. Oh yeah, and he started all of that by the age of six.

His most recent album, GO:OD AM, debuted at #4 on the Billboard 200 and features some cameos from Ab-Soul, Lil B, Miguel, Chief Keef and Little Dragon.