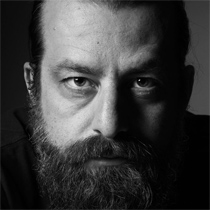 50. By Your Side (Sade cover)
Sean Rowe
If we did this list like an Oscar ballot, Rowe might not have made it. Just as sometimes Meryl Streep has two possible Best Actress performances in a year, he’s competing against himself. Any song on his terrific Her Songs EP could have been a contender here. On it he covers women he admires, from Neko Case to Lucinda Williams. But, to mix clichés, in an embarrassment of riches his Sade cover stands first among equals. – Jake Callaway 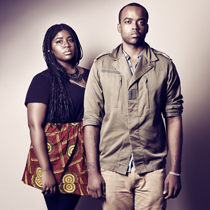 49. Prototype (Outkast cover)
Nkia feat. Erik
With Big Boi and Andre 3000 not doing much these days (or years), we’ll have to kwench our ‘Kast thirst with covers. And no better one dropped this year than this soulful take on Andre’s Love Below standout. It loses the Funkadelic bass line and oddball vocal affectations to turn into a smooth duet that would fit right into your next romantic mixtape. – Ray Padgett 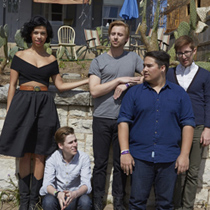 48. Miss You (Blink-182 cover)
PHOX
PHOX is a group of young Wisconsin musicians capable of producing credible nostalgia about bygone times they couldn’t possibly have experienced. They make pretty songs about grandparents and the year 1936, all without trafficking in old-timey instrumentation. The trick has to do with careful arrangements that give plenty of space for Monica Martin’s cracking-in-the-right-places vocals. Here the approach mellows the caustic snarl of the original into a haunted-in-a-different-way torch song complete with a muted trumpet part that floats like smoke from a candle at a séance where, just for a moment, one finds an opportunity to finally tell a ghost exactly what needs to be said. – Matt Vadnais 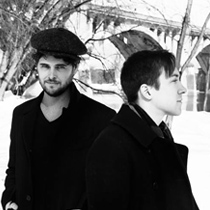 47. Glory Days (Bruce Springsteen cover)
Sympathy and the Lion
Born In The U.S.A.’s 1980s production sounds dated to current ears, but it successfully moved Springsteen from cult hero to megastar. The gloss, though, can’t obscure the quality of the songs, which is highlighted when they are performed in a simpler, more stripped down way (for example, in Springsteen’s original acoustic version of the title song). Duo Sympathy and the Lion’s slow, piano and harmonica cover allows the song’s wistfulness and nostalgia to shine through. – Jordan Becker 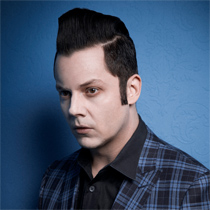 46. Blue Light, Red Light (Someone’s There) (Harry Connick Jr cover)
Jack White
The legendary White Stripes/Raconteurs/Dead Weather rocker is at it again, and with one of his most unexpected selections yet. With this cover of the big band classic “Blue Light, Red Light (Someone’s There),” Jack White retains the original’s splendor whilst adding his signature style to the mix. Panting guitars and gritty blues grooves alongside lively barrelhouse-style pianos and lounge-jazz vibes make this Harry Connick Jr. cover a definite keeper. – Raphael Camara 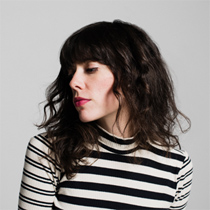 45. REALiTi (Grimes cover)
Natalie Prass
After starting the year with a critically acclaimed self-titled full-length, Prass finished 2015 with an equally cool EP featuring three covers. Two of the three offer jazzy counterpoints to well-established songs, working Side By Side with the original. However, that trick is a little different on the third because this original was also released in 2015 (twice actually). Though Prass’s stripped down, piano-centric, chorus-forward version is a departure from Grimes’ typical pop-song-via-Ouija-board, the original isn’t old (or singular) enough for this to feel like a typical cover. In many ways, it feels less like a re-imagining of an original and more like a third version of a song that exists most fully in multiplicity. Welcome to realiti. – Matt Vadnais 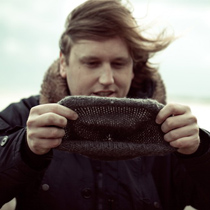 44. No Surrender (Bruce Springsteen cover)
Himalayan Bear
All drone-thrash as it starts, this would be a wonderful encore in some sweaty club after you’ve missed your ride, drunk and maudlin, the text from your ex burning in your pocket. But then he/they try and give it a dignity that belies its origin as one of Bruce’s finest bar-room anthems. – Seuras Og 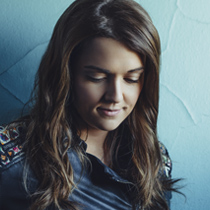 43. Murder in the City (The Avett Brothers cover)
Brandi Carlile
Brandi Carlile takes a song about familial love by the Avett Brothers and turns the focus to marriage rights with her twist to the lyrics at the end. Regardless of the weighty subject matter, Carlile’s version adds a bit of production value to the original with the strings and backing chorus accompaniment. If you need your spirits uplifted in under three minutes, this should do the trick. – Mike Misch 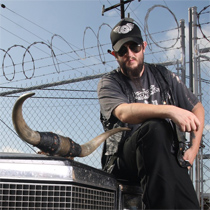 42. Skyfall (Adele cover)
Bob Wayne
“Skyfall” comes from Wayne’s new cover album Hit the Hits. Where Adele ditched contemporary styles to harken the sound of the 1960s, Wayne drops back ten more years and throws a perfect spiral of rockabilly for a touchdown, enhanced by the harmonies of the cheerleaders on the sidelines. – Sean Balkwill 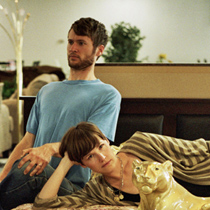 41. That Year (Uncle Tupelo cover)
Bodies of Water
Uncle Tupelo didn’t invent the mixture of country and punk they came to symbolize, but “That Year,” from the band’s genre-naming debut No Depression, shows how well they did it, and so early in their careers. Bodies of Water’s cover, from The Brighter Side: A 25th Anniversary Tribute to Uncle Tupelo‘s ‘No Depression’ transports the song from the southern U.S. to southern Spain by incorporating flamenco, turning the original’s seething anger into something more introspective. – Jordan Becker