10. Cassandra Wilson – ‘Coming Forth By Day’
Buy on Amazon 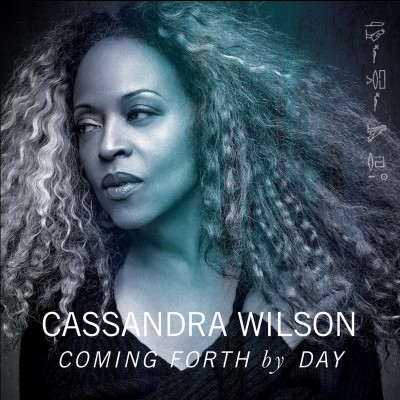 Jazz and blues music has a long tradition of singers recording tributes to role models; one of Aretha Franklin’s very first albums was made up entirely of Dinah Washington songs. These albums often are so reverential as to render themselves irrelevant. Cassandra Wilson’s tribute to Billie Holiday avoids that trap by picking some unexpected collaborators: Van Dyke Parks doing string arrangements, Nick Zinner of the Yeah Yeah Yeahs playing guitar, and two members of Nick Cave’s band the Bad Seeds handling the rhythm section. The results surprise whether you’re a Lady Day superfan or someone who’s never brought a jazz vocal album in your life. 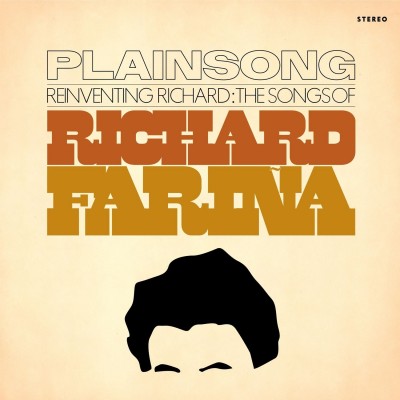 The press release says singer-songwriter Richard Fariña is “largely remembered for two magical albums,” but I’d disagree with the premise that he’s largely remembered at all. To the extent that anyone knows his name, it’s largely due to his untapped potential, someone who was just starting to get rolling as a Dylan-esque figure before a motorcycle crash in 1966 (sound familiar?) ended his life. To the many who don’t remember, Plainsong’s loving tribute should be a welcome introduction. 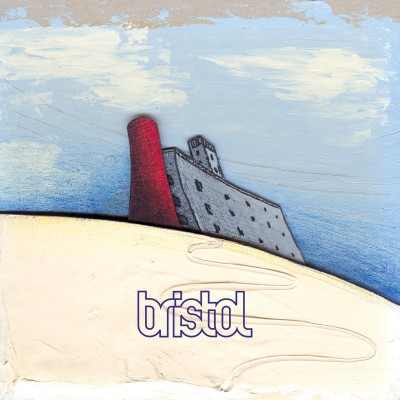 The trip-hop scene in the ’90s emerged from Bristol, England (Massive Attack’s home town) before going global with a sound that is still exciting, but somewhat dated. But not as dated as these covers, which reimagine trip-hops greatest hits as songs from ’60s movie soundtracks. No surprise this project comes from one of the Nouvelle Vague guys, who are about as good at genre-defying covers as anyone alive. 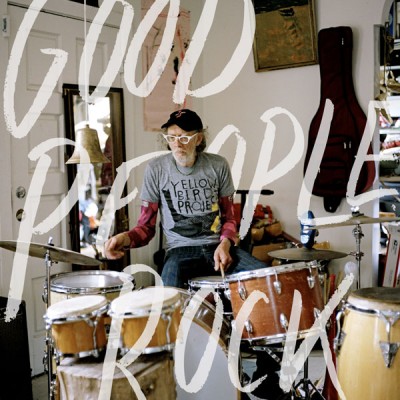 We support charities here at Cover Me, and we particularly support charities that involve cover songs. The Voice Project (human rights) and Red Hot (AIDS) have long pioneered recording covers as a way to get attention, and now Yellow Bird Project has collected eleven artists they’ve worked with to cover other artists they’ve worked with. The results will delight indie fans, from Andrew Bird covering New Pornographers to Dry the River covering Metric. 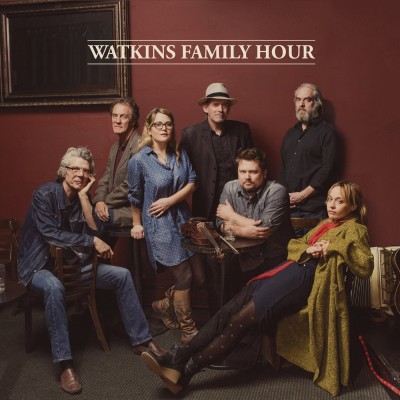 For a decade, Sara and Sean Watkins have played intimate L.A. shows with friends like Jackson Browne. Now they’ve turned that tradition into a spectacular album, with the help of concert alums Benmont Tench of Tom Petty’s Heartbreakers, Sebastian Steinberg of Soul Coughing, and Fiona Apple. Though their song choices stay reasonably in the pocket of what you’d expect from the Nickel Creek siblings – some Bob Dylan, some Gordon Lightfoot – they imbue each song with a light-footed country joy.

5. Various Artists – ‘Stoned: A Psych Tribute To The Rolling Stones’
Buy on Amazon 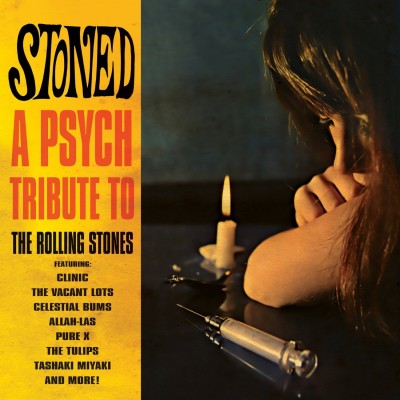 Too much diversity can be a bad thing musically. It’s a classic problem with even good tribute albums: a bunch of quality covers that don’t add up to more than the sum of their parts. One solution is to confine the covers to one genre, and rarely has that approach been executed better than on Stoned. Though the Stones certainly got psychedelic themselves at times, this brings even their poppy songs like “Satisfaction” and “It’s Only Rock and Roll” into that groovy haze. 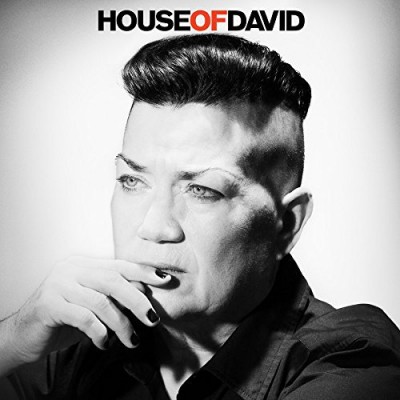 Orange is the New Black fans know Lea Delaria as Big Boo, but she’s been in the business long before that, both on TV (she was the first openly gay stand-up comic to appear on television) and Broadway (she played both Eddie and Dr. Scott in the 2000 revival of The Rocky Horror Show). But jazz singing is her true love (“I am the happiest when I am downstage center belting a D sharp,” she said in an interview), and she brings this love fully to bear on House of David, a tribute – and it truly is a tribute – to David Bowie and his impossibly robust back catalog. Delaria’s voice is smooth and rich as fresh cream, and when she scats in “Starman” and touches gospel in “Modern Love,” she gives a thrill that could be felt by the Thin White Duke himself.

3. Rhiannon Giddens – ‘Tomorrow Is My Turn’ 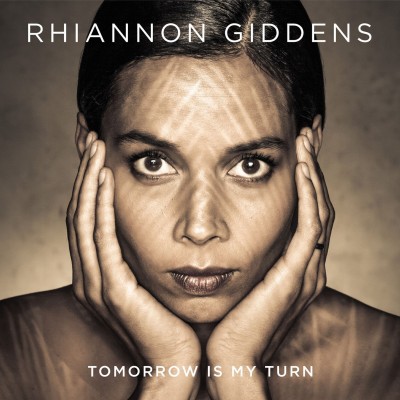 A longtime member of the black string band the Carolina Chocolate Drops, Rihannon Giddens came into her own this year in a big way. Produced by T-Bone Burnett (of course), her debut album found her digging into the repertoires of singers like Nina Simone and Odetta and holding pace with these powerful predecessors. Both in her work with the Drops and now solo, Giddens has always honored tradition without being beholden to it.

2. Various Artists – ‘Joy of Living: A Tribute to Ewan Maccoll’ 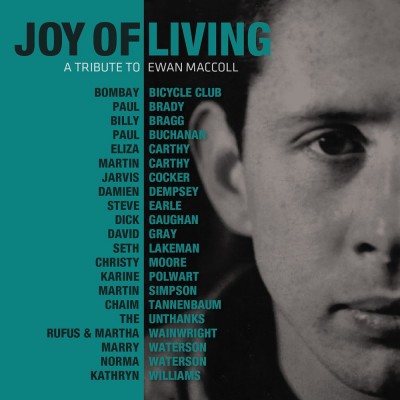 In our five-star review, we wrote that Ewan MacColl might not like this album. Because he was a purist – voice, guitar, banjo, and nothing else please – and these covers are anything but. Paul Buchanon does light jazz, the Unthanks delivering tinkling vocal harmonies, and Billy Bragg brings in some “Fairytale of New York” accordion. Even if MacColl the stickler wouldn’t approve, we wholeheartedly do.

1. Bob Dylan – ‘Shadows in the Night’
Buy on or Amazon 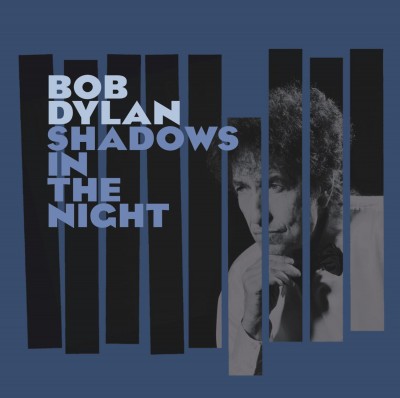 Longtime Dylan fans know that he’s always been a great singer. Once you get past the nasal rasp of a voice, he’s long brought a nuance and sensitivity to his line readings – particularly live – missing from many of his peers. So him releasing an album of songs associated with Frank Sinatra was no surprise at all; he’s been operating in the Ol’ Blues Eyes vein for decades now, just with a (very) different instrument. And the album lives up to his hero, with Bob wringing emotions out of “That Lucky Old Sun” and “I’m a Fool to Want You” that no one with a smoother voice could manage. This should be Exhibit A the next time your unenlightened friend tells you “But Dylan can’t sing!”

Listen to all our picks at this Spotify playlist (except for Bristol, which isn’t on there). And check back Monday for the Best Cover Songs of 2015.