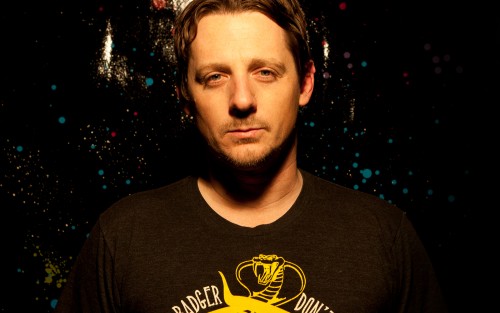 “Country pop.” “Slick country.” “Bro country.” All terms, of varyingly negative connotation, used to describe the current landscape of country music. It can be hard at times to put your finger on exactly what makes a song with some twang, electric slide and a rock beat fall into the “pop” camp or the alt-country camp, but that fine dividing line often causes consternation among listeners who prefer one over the other. Sturgill Simpson seems to get lumped into the “outlaw” or “alternative” country camp, but however you describe the up-and-coming country star he can belt out a tune, as we saw when he cracked our top 5 best covers of 2014.

Simpson was recently featured on the TV show Austin City Limits, and in the video below he tackled a cover mashup. He starts with “Listening to the Rain” by ’60s-’70s bluegrass act The Osborne Brothers. Simpson’s baritone voice is wonderful to listen to: he has a simple delivery but his voice is deep and complex. His band jams nicely behind him, with the lead guitar providing some great picking and ad libbing throughout. About halfway through the song, though, there is a gradual shift in the rhythm.  The song gets a little funkier as the band rolls into “The Motivator” by ’70s glam rockers T. Rex. The band sounds a little less technical at this point and focuses more on power, to great effect. It highlights Simpson’s range nicely and should earn him plenty of new fans. Check out the video below.