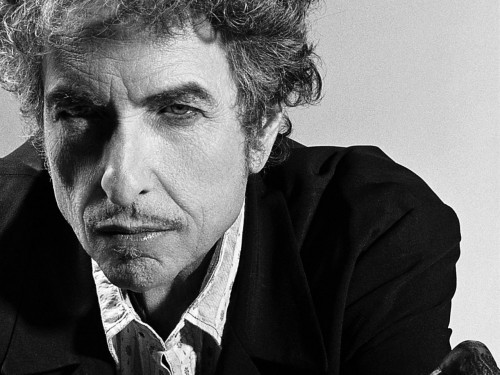 As you may remember, Bob Dylan kicked off his year with a weird – but terrific – tribute album to Frank Sinatra. Well we may see a second volume of Shadows in the Night before we see one of Chronicles, because on his new European tour he’s already started sprinkling three more Sinatra covers into his setlists: “All or Nothing At All,” “Come Rain or Come Shine,” and “Melancholy Mood”.

Fans of Shadows will find a lot to love in these new renditions. They’re all brisk versions sung from the heart, with emphasis on Donnie Heron’s beautiful pedal steel. He’s actually tried one of these before, recording “Come Rain or Come Shine” for his 1986 album Knocked Out Loaded before abandoning it. So he’s been living with these songs for a while now.

Dylan reportedly recorded a bunch of other Sinatra songs during the Shadows sessions: “All The Way”, “Didn’t He Ramble”, “It Had To Be You”, “Maybe You’ll Be There”, “On A Little Street In Singapore”, “Polkadots and Moonbeams”, “Skylark”, “Stormy Weather”, and “That Old Black Magic”. So that Shadows Volume 2 may be closer than you think. In the meantime, listen to concert recordings of the three new songs below.

Pick up the first volume of Shadows in the Night at Amazon.