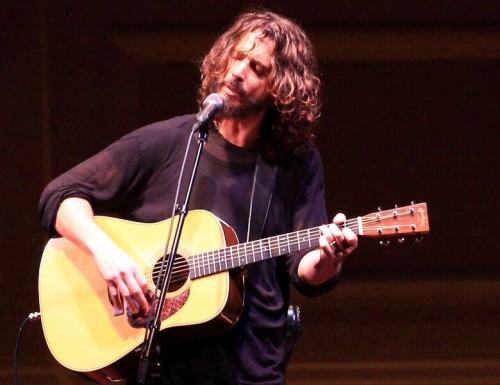 I can hear you now.  “You dolt!  How do you not know that Prince wrote ‘Nothing Compares 2 U?’  You write for a music blog, for crying out loud!”

The thing is, I know the history of the song. I know that he wrote the song for The Family’s 1985 debut album.  (The “2 U” is a dead giveaway.)  I guess I just believe in giving credit where credit is due.  And while I do not mean to disrespect Prince in any way, let’s face it, the masses did not know of this song until Sinéad O’Connor recorded her platinum-selling single, which went to #1 in nearly every country in 1990.  It was “The Bald One” – not “The Purple One” – that made the song the third biggest hit of that year, the 82nd biggest hit of the decade and, according to Rolling Stone magazine, #162 on the 500 Greatest Songs of All Time.

Once again, I am not trying to take away anything from Prince as a songwriter.  He deserves credit.  However, it’s rare to see any songwriter – especially one who didn’t even sing the song to begin with – get so much credit when a cover is made.  After all, I almost always see Elvis get the credit for “Always On My Mind”, even though he didn’t even write or sing the original.  (And don’t even get me started about the lack of Dolly Parton credits whenever “I Will Always Love You” is covered.)

The point is, I think it’s fair to say that nearly every artist that has covered “Nothing Compares 2 U” since 1990 – The Coconutz, Aretha Franklin, Shiny Toy Guns, Me First and The Gimme Gimmes, The Motels and now, Chris Cornell – probably did so because Ms. O’Connor did it first.  (Heck, even Prince’s own ’93 version with NPG’s Rosie Gaines is very Sinéad-esque.) So I stand by my title.

With the help of cellist Bryan Gibson and guitarist Keaton Simons, Cornell takes on Sinéad’s tune like it’s his own for SiriusXM’s Artist Confidential.

This acoustic sound follows suit of Cornell’s recent album, Higher Truth, as well as his current acoustic tour.  (We will probably see more from him in the coming weeks because he is doing some covers on the tour.)