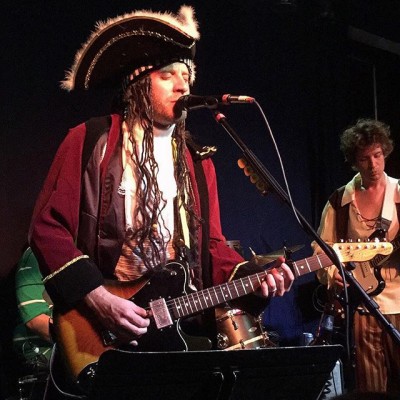 Last year, Deer Tick played a triumphant main stage set at Newport Folk Festival. This year they didn’t have a proper fest show, but made up for it with four nights of sweaty afterparties at the town’s Blues Cafe. As has become a tradition, the shows featured a ton of guests, costumes, rarities, and covers. The last song of Friday night was a cover of the Grateful Dead‘s “Touch of Grey.”

The Dead have of course been on everyone’s mind over the last few months with their Fare Thee Well shows. And several articles written about it discussed the mixed legacy of “Touch of Grey.” It was a huge and unexpected radio hit two decades years into the band’s career – their biggest by far – but one that famously changed the audience vibe, from Deadheads communing with the music to frat boys looking to party. Deer Tick’s cover – a raucous, drunken, joyous singalong – sounds like a mix of both. Listen below. (via Jambase)