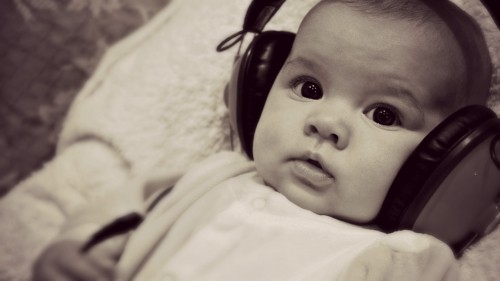 When it comes to parenting, there are really only two rules you need to follow:

1) Mammas, don’t let your babies grow up to be cowboys.

2) Mammas, don’t let your babies grow up to listen to bad music.

I’m sure there’s something else in there about head injuries and not touching the stove, but I don’t have kids so that’s not really my area of expertise.

What I do know is that music that caters solely to children is, for lack of a better term, insidious crap formulated to make adults weep in agony. Almost aggressively cheerful and mind-numblingly repetitive, children’s music operates on the misconception that children aren’t very bright, and therefore aren’t capable of understanding or appreciating the adult concepts found in good music.

Admittedly, “I’ve been afraid of changing because I built my life around you,” is a heavy concept to lay on a five-year-old, but they do understand sadness, and is there any song more heartwrenching than Fleetwood Mac’s “Landslide”?

The original is devastating, and the addition of twinkly, tinkling instrumentation only serves to cement the song’s legacy as the aural equivalent of teardrops.

Great music – even lullaby covers of it – fosters a well-rounded perspective, and in an increasingly global society, erudition is something a parent should aim for.

There have been countless studies on musical neuroscience, and at Scotland’s Heriot-Watt University, Professor Adrian North theorizes that one’s taste in music is directly connected to their personality. In a study of over 36,000 in over 60 countries taken over the course of three years, North asked participants to rate a range of musical styles in order of preferences.

In no big surprise to anyone, reggae fans were considered to have laid-back personalities. However, fans of Top 40 pop music were considered to be ill at ease and uncreative… which might help explain the unfathomable success of “#SELFIE” by the Chainsmokers, which peaked at #16 on the Billboard Hot 100.

Want your kid to get into college? You’ve got to make like the tobacco industry and hook ’em on the good stuff while they’re young. In this case, the “good stuff” being jazz (credited with fans who have high self-esteem as well as high levels of creativity), blues (credited with fans who are creative, outgoing and gentle) and soul (whose fans are typically creative, gentle and at ease).

Although these rock lullabies are created for children, I have no shame in admitting just how many times these cover songs have lulled me to sleep. There is a tremendous amount of comfort derived from the familiar, and for me, comfort comes in the form of the music I grew up listening to.

When you’re winding down for the night and trying to clear the day’s static from your head, Eddie Vedder howling about an inability to find a better man doesn’t exactly put your mind at ease. On the other hand, a wordless, wood-block accented version of the track will even the flow of your breathing and have you sleeping like a child, proverbial and otherwise.

Yes, lullaby covers of beloved songs could be considered twee or (worse yet) dilutions of the originals, but they serve a pretty great purpose – they help introduce children to music that will carry them through the rest of their lives.

Besides, your kid sing-shouting about a Little Deuce Coupe is a helluva lot more tolerable than him caterwauling about the tire rotation of the city bus.