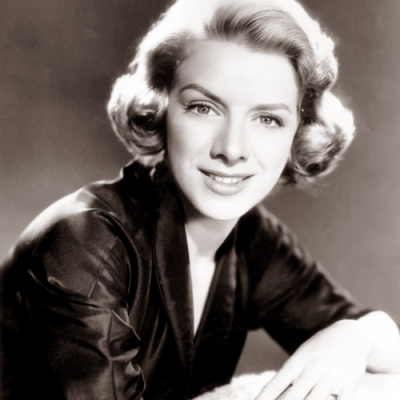 Rosemary Clooney’s lengthy career, though it felt a tumultuous ebb and flow, was anchored by a voice so smooth Bing Crosby called her “the best in the business.” She used that tender yet powerful voice to breathe life into an unexpected, and hastily written, Italian-American hit. Allegedly, Bob Merrill wrote “Mambo Italiano” while at an Italian restaurant in New York City. He phoned in the song (humming melody and all) to meet his deadline. This ode to the essence of a culinary experience brings with it a force majeure that seems to keep the song from ever being laid to rest.

While the song may have attempted to capture a piece of the Italian spirit, Massimo Scalici repurposes the song with a fresh injection of guaracha and bolero. This salsa version feels apt to grace Versailles in Little Havana with all the energy of the Italian original featuring maracas and piano accompaniment to boot. Even for those disenchanted with salsa, this is well worth the listen.

Henry Wadsworth Longfellow considered music the “universal language of mankind,” and this cover is living proof. Hồ Quang Hiếu is a V-Pop act that transports this anthem of Italian culture six thousand miles to the Southeast. Despite the tonal and phonetic differences between English and Vietnamese, a drum beats and synth leads are clear no matter where you are.

The Swedish six-string tour-de-force known at Mattias IA Eklundh imagines a musical world without boundaries. Working under the legend Steve Vai, Eklundh has a multitude of guitar covers that showcase both technical skill and what UK Guitarist calls “an ear for melody even in his most avant-garde moments.” A Swedish instrumental guitar cover of a big-band singer’s classic is validation for UK Guitarist’s claims. Check out Eklundh’s epic “Smoke on The Water” cover here.

Hailing from Mallorca, this authentic Latin-ska band led by Federico Fosatti is known for having a constantly fun pace and party vibe. In 2012, Dinamo broke into Western markets playing the Bolochos International Reggae Ska Fest in LA and the Boomtown Fair in the U.K. Take a listen to the self-proclaimed “100% original Ska band.”

Shaft, while unknown in the United States, was certainly the millennial Englishman’s cup of tea. The electric Brighton duo of Alex Rizzo & Elliot Ireland were able to revive “Mambo Italiano” for another run on the charts, peaking at #12 in the UK.

The hottest DJs in Hawaii take their own swing at the “Mambo.”

The intro to this Gaga single features a very familiar tune.

Go Go and Get to Mambo-ing with this Italiano from iTunes and Amazon.